Day 203 in Beijing: The War on Christmas?

If you watch certain American media outlets, or read newspapers by them, there seems to be a number of people worried about a hypothetical “War on Christmas” back home.

I’m utterly confused how one can have a war on a holiday that is made up but hat is just me.

Think about it: A dude that flies around in a sleigh with a bunch of reindeer and circumnavigates the entire Earth in less than 24 hours.  This includes people who don’t believe in Santa Claus, or have never herad of him, and he still gives them gifts.

That sounds like a pretty cool guy that no one would want to go to war with.  He also doesn’t sound like anyone that would go to war, either.

One of the issues that often comes up by people who believe that there is a “War on Christmas” is that other religions are trying to take away Christmas as a holiday and make it their own or destroy it.

The fact is I live in Beijing, China and am vacationing in Kuala Lumpur, Malaysia, right now.

According to “The War on Christmas” folk, these nations should hate Santa Claus and everything that he represents.

Nothing could be further from the truth.

China is supposedly a Communist nation that doesn’t believe in religion.  This isn’t really true because of Buddhism but we will ignore that point for now.

China spends so much money and time on Christmas that it all people need to do is visit and they will lose all fears of a war breaking out anywhere.  The people here LOVE Christmas and everything about it.  It is probably more like Christmas here than it is back in the USA.  The Chinese have more fun and less anxiety about Christmas because they love buying things and giving gifts.

Maybe we all could learn how to respect the Christmas spirit and give a little more to the needy?

In Kuala Lumpur, as you can see by the pictures, there are Christmas trees everywhere. Remember, it is about 90 degrees with 90% humidity so it isn’t like Santa is going to be flying in and landing in the snow here anytime soon.

If anything, I’d worry he’d get heat stroke and die with his big heavy coat.

Listen up, folks:  The Commies in China, and the Muslims in Malaysia, love Christmas and Santa Claus.  So, if you believe in Santa, and Christmas, relax a little bit and feel safe that nobody here wants a war.  Let alone, a War on Christmas.

I think that all people want is a little peace, love and holiday cheer.

Isn’t that what the Christmas spirit is supposed to be about anyway?

If you agree that it is, please donate to a charity or help people in need.

I have a friend that would be such a person.

Her name is Mary Resenbeck and she is stuck in an isolation ward in a hospital in San Diego.  She has diverticulitis and is having a very difficult time.

She has developed C-Diff because of the antibiotics and can not even hold, or breastfeed, her newborn 3 month old baby, Gracie.

She and her husband, Doug, have 5 children and neither of them can work at this point since Doug is taking care of the children himself.  Gracie is staying with family members since she is so young.

They have insurance but it will not cover everything they need, let alone the basic necessities that they have during this time and the months to come.

Mary may be in the hospital for months to come, as she heals, and then needs surgery to fix the ruptures in her colon and reattach it.  This is no small problem and not a quick fix.

This is the reality of life.  People need help and, if we have the means, we can choose to help them.

I donated this morning and hope you will also.

Please follow this link and help her out.  It explains her whole story and is touching and powerful that what I posted here.

Please make it a Merry Christmas for Mary, Doug and the rest of her family. 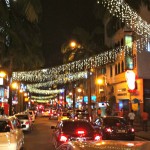 Ah yes, icicles in 90 degree and 95% humidity. Feels like winter! 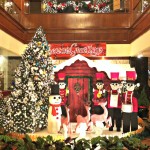 Seasons’ Greetings and Merry Christmas to all! 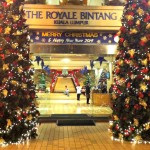 I bet Santa Claus would prefer to be in Malaysia than in the North Pole. 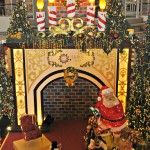 Santa from the second floor of the Petronas Twin Towers mall. 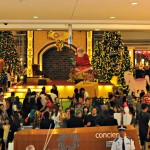 I took this picture coming down the escalator. It is a huge Christmas display. 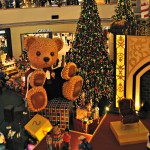 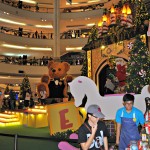 Seriously, it is HUGE! 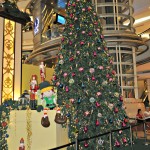 A father and his baby enjoying the Christmas decorations. 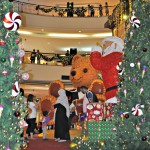 Notice the woman in the full hijab who just had her picture taken in front of Santa Claus. 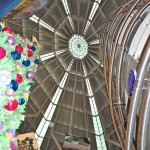 The view up towards the ceiling of the Petronas Twin Towers mall. 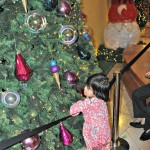 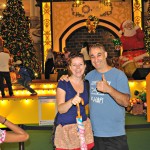 Jill and me showing our own Christmas spirit!