Jill, Dipesh and I continued on our tour of Melaka and came across the famous Christ Church of Melaka.

It is the oldest functioning Protestant Church in Malaysia.

The Dutch conquered Melaka from the Portuguese in 1641 and turned the churches into Dutch Reform.

For the celebration of the centenary capture of Melaka, the Dutch built a new church which is the Christ Church of Melaka.

In 1824, the Dutch and British signed a treaty which then gave control of Melaka to the British and the Christ Church became the property of the Church of England.

It was originally painted white but was painted red, with many other nearby buildings, to remind people of the original Dutch heritage.

The paving stones have inscriptions in Portuguese and Armenian.  One in particular, captures a bit of the history of Melaka and the person buried within the tomb.

Greetings, you who are reading this tablet of my tomb in which I now sleep. Give me the news, the freedom of my countrymen, for them I did much weep. If there arose among them one good guardian to govern and keep. Vainly I expected the world to see a good shepherd came to look after the scattered sheep.

I, Jacob, grandson of Shamier, an Armenian of a respectable family whose name I keep, was born in Persia near Inefa, where my parents now forever sleep. Fortune brought me to distant Malacca, which my remains in bondage to keep. Separated from the world on 7th July 1774 A.D. at the age of twenty-nine, my mortal remains were deposited in this spot of the ground which I purchased.

An interesting fact of the Christ Church of Melaka is that it was built without any nails.  We guessed it was because the nails would rust in the tropical air but were wrong.

They built it without nails because Jesus Christ had been crucified and they didn’t want to remember him with the nails in his hands and feet.  Therefore, they built a church that would not have any nails in it. 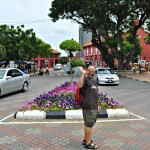 Dipesh waving hello in front of the Christ Church plaza. 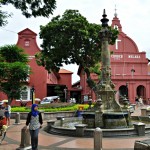 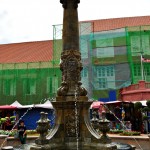 The tower in front of the Christ Church. 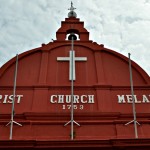 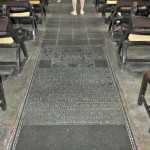 Inscriptions on the floor. 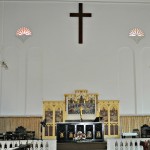 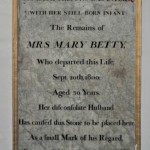 A sad reminder of a life lost years ago. 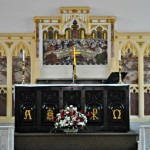 A close up of the altar. 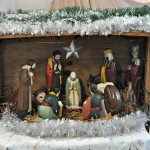 A manger scene was on display for Christmas. 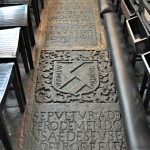 More inscriptions in between the rows of chairs.