Day 253 in Beijing: A Temple Excursion.

Juxtaposition of time and architecture.

During the Spring Festival, there are loads of temple festivals going on all around Beijing.

We decided, on the last day of the festival, to venture out and see what they are like.

We decided on a smaller one because we didn’t want to be shoulder-to-shoulder with the crowds and pushed along by everyone else.

We met our friend Federica and paid the 10RMB to enter and were surprised by how few people were around since this is a major holiday.

We looked at the signs and realized that it had actually ended the day before!

We had checked online and the webpage stated it would continue to today but I guess the websites were not correct.  This is actually a pretty common occurrence, from what we’ve seen, where many of the websites are horribly outdated or just have incorrect information and no one seems interested in fixing them.  This could be a big business opportunity if someone wanted to fix these issues but no one seems to care.  C’est la vie…or maybe it would be better stated at, “C’est la Chine.”

The temple’s name is “Dongyue miao” and it is quite beautiful.

It was originally built in 1319 and has 376 rooms.  There are also massive stone tablets that reach about 20 or 30 feet into the sky.  They are covered with old Chinese writing and explain the auspicious events that occurred in the past.  These stone tablets were made to give thanks to the Gods for allowing prosperity.

A full restoration was done in 1997 and, from the pictures that were posted, it needed it.

It looked like it was it utter disrepair and the massive stones had fallen down into dirt and refuse.

They did an excellent job and it is quite beautiful and stunning.

Since there weren’t a lot of people, we were able to take pictures of some of the statues and look into each of the little rooms that have depictions of each part of this Taoist belief system.

Each room had a “Department of…” and they ranged from “Department of signing forms” to very obscure and more spiritual departments which I didn’t understand.

It didn’t really matter though, as the statues were amazing and I could get an idea of what kind of location this department was in and if it was a hopeful department or a hellish one. 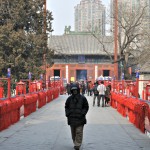 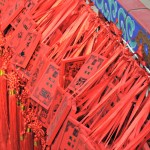 People would buy these and then write prayers on them for the future or give thanks for the past. 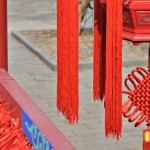 A close up of the walkway. 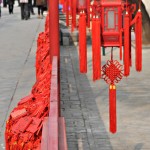 A longer shot of the walkway. 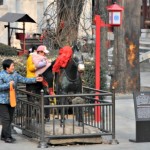 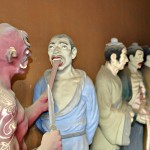 Notice the 3 man in the picture. He is holding his guts in his hands. YIKES! 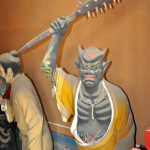 As a Dungeons and Dragons player, I’m pretty sure I’ve killed this guy before. 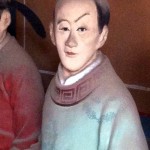 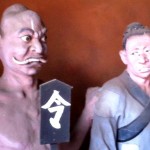 “Uh, dude, would you mind talking your hand off my shoulder? 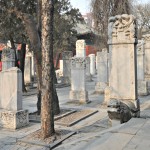 Some of the stone tablets. 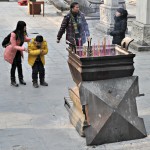 The mother was teaching her son to pray. 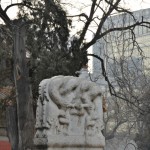 Juxtaposition of time and architecture. 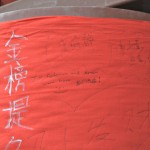 Jill, Federica and Aram were in here in English and Chinese! 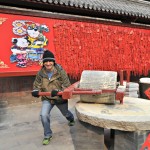 Time to get a workout! 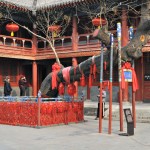 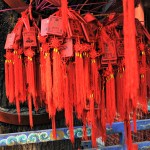 A close up of the tree.