Day 256 in Beijing: How to be a vegetarian in China. 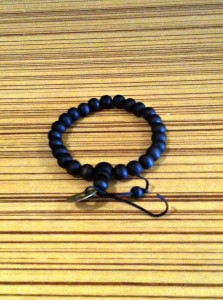 This may sound easy to most people not living in China, but it is quite difficult to be vegetarian in China.

Obviously, Jill and I speak very little Mandarin so that is a major issues in our trying to order food here and help the servers to realize we don’t eat meat of any type.  We also don’t eat fish, shrimp or any shellfish.

This makes it very hard to eat at any restaurant that isn’t a Western based restaurant because so much of Chinese food has loads of meat in it.

There are the customary pictures on the menu that usually provide some relief but many of the sauces have animal or fish sauces and so our vegetarian ideals are crushed.

On Chinese New Year, we happened to run into a 7-11 type store here in Beijing as we were hungry and the party we were going to attend wouldn’t start for another few hours.

Almost every restaurant was closed and a 7-11 rip off store was all we could find at that time.

It was an auspicious start to the Year of the Horse now that I look back on it.

There was an America order a steamed bun and he was speaking fluent Mandarin to the clerks.  They were laughing and joking around as Jill and I bought some potato chips and nuts to eat.

He left and then came back in.  I asked if he had forgotten something and he said, “Nope, these buns are just delicious!  I want another one.”

We told him that we also wanted some but are vegetarians and don’t know what to say.

He laughed and said, “I’m vegetarian too.  I have tried to get people to understand that being vegetarian means no meat at all but they usually tell me, ‘It is just a little bit of pork’ after I’ve started eating.  It is hopeless to try to use Mandarin to tell them what you want.  They just don’t get it.”

We asked him how he does it and he responded with, “Buy a set of Buddhist prayer beads.  Wear them on your wrist.  Then, when you order, point to them and they will immediately understand since Buddhists don’t eat any living creatures.  You won’t even have to say a word.”

We thought this was genius and started laughing at the simplicity of it.

I’ve a firm belief there is almost always a new way to “hack they system” and figure out a more efficient, and inventive, way of doing things.  It is only when we get stuck in a linear thought formation that we stop ourselves from seeing the other possibilities to change.

We exchanged information and thanked him for his help.

By the way, we each had one of the vegetarian steamed buns and he was right, the were amazing!

We will now be able to order more of them since we know how to order and not get steamed buns filled with meat!