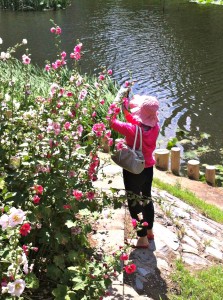 Pink flowers and a pink lady.

Jill and I were walking around the canal near our apartment a few days ago.

The weather was absolutely breathtaking.

It was one of the nicest days we’ve experienced since being in Beijing.

The flowers were blooming.

The canal was flowing nicely.

The birds were flying around and the air was clean.

The Air Quality was an amazingly low 13.

People were out walking with their family members.

Some were going for bike rides.

And we were just strolling along the canal holding hands after we had a late breakfast.

We noticed this one woman pull out her camera to take some pictures of the flowers.

I loved how her pink fit in so well with the flowers.

It was almost as if she planned it.

I doubt she did but I love how she almost disappears into the flowers and becomes a part of the scene. 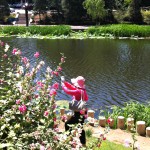 Such a beautiful day. 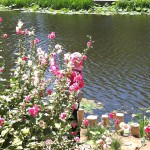 As she walked around to get the shot she wanted. I did the same. 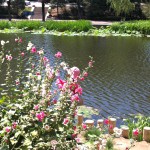 She becomes part of the flowers. 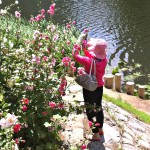 Pink flowers and a pink lady. 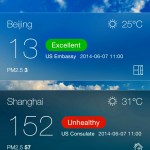 This is the lowest Air Quality reading I’ve ever seen in Beijing!