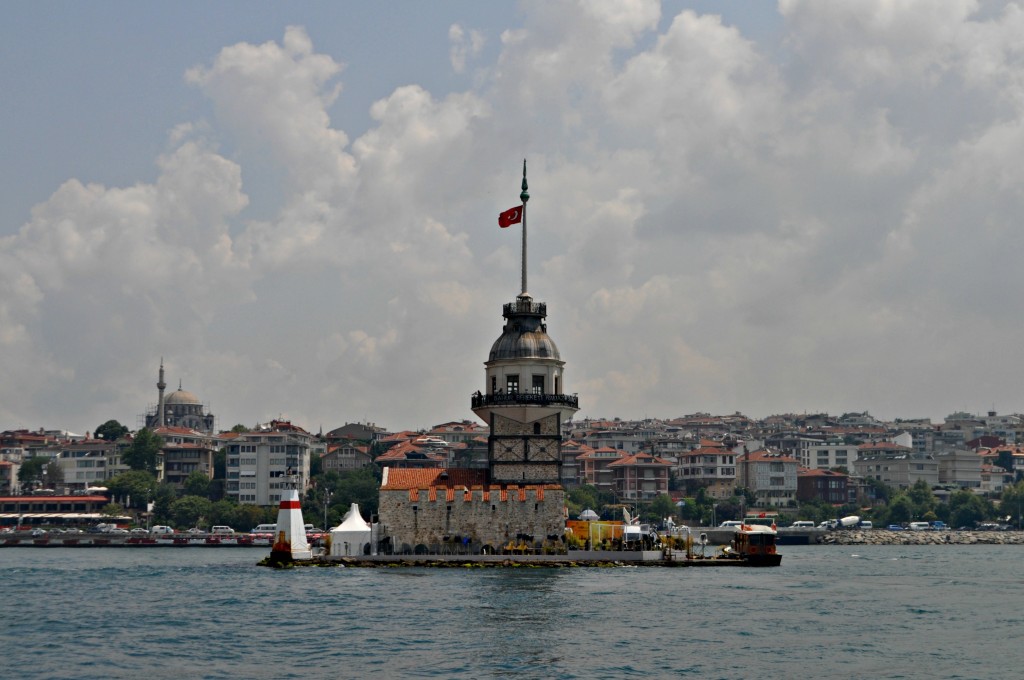 Jill and I were cruising on the ferry back to Istanbul and enjoying the ride.

One of the joys of riding this ferry is that it passes by the Maiden’s Tower.

The Maiden’s Tower is a beautiful that pops right out of the bay and into the sky.

It isn’t very large, but it is quite impressive, all the same.

The story behind the tower is interesting enough, as it was built long ago and used as a military look out against invaders, and is now a restaurant and tourist destination.

Jill and I didn’t visit it, this trip, but we’ve both been there before and found it quite enjoyable.

The legend behind the Maiden’s Tower is quite intriguing.

Supposedly, an oracle told an emperor that his daughter would die from a poisonous snake on her 18th birthday.

The emperor, thinking he could outsmart fate, built this tower and kept her in it until she turned 18.

However, on her 18th birthday, he brought her a basket of delicious fruits in a beautiful basket.

When she reached in to get one of the fruits, an asp, which had been hiding in the basket, bit her and killed her. 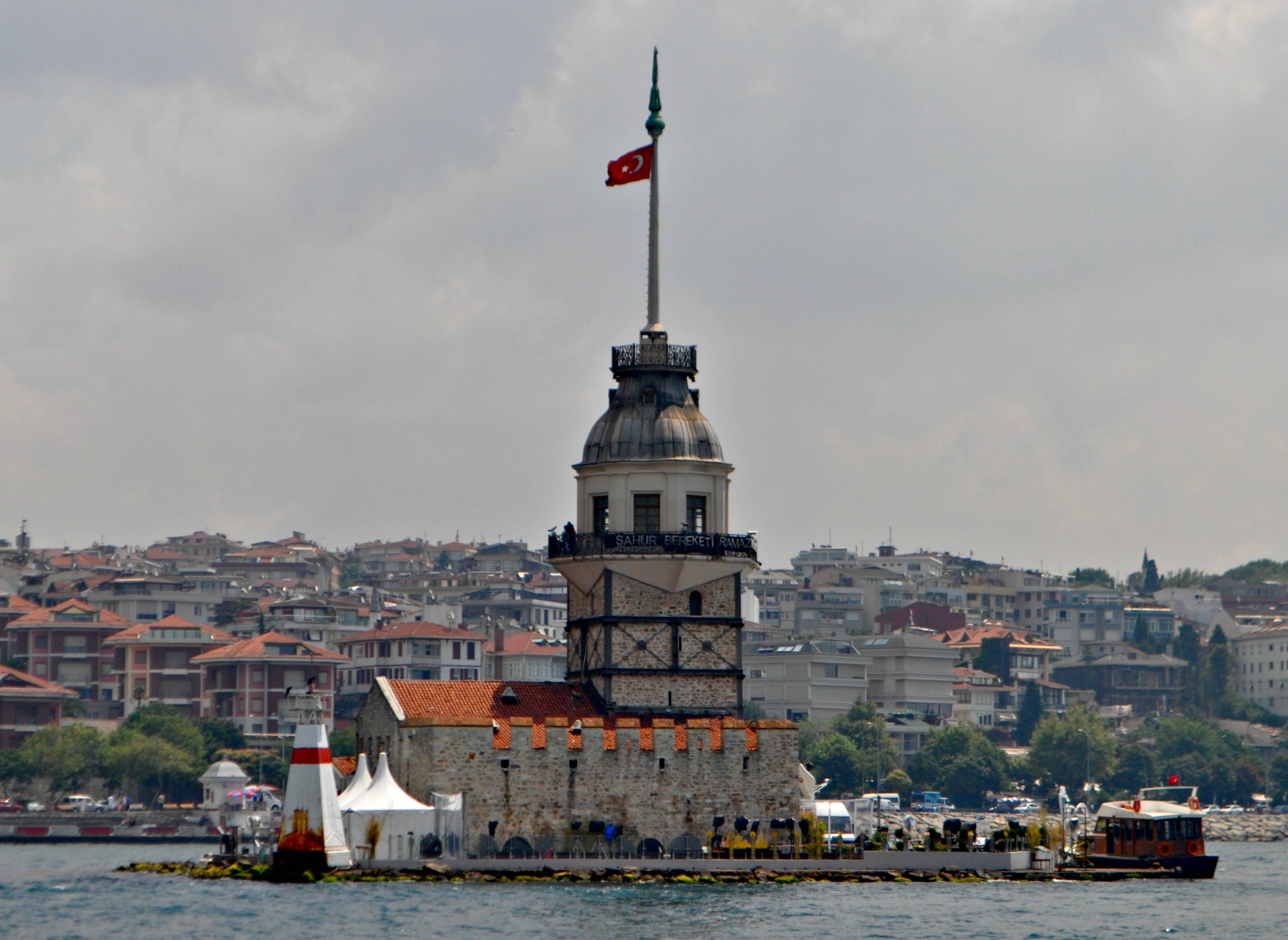 A close up of the Maiden’s Tower.

So, in case you think you can tempt fate, and ignore what an oracle’s prophecy, think again.