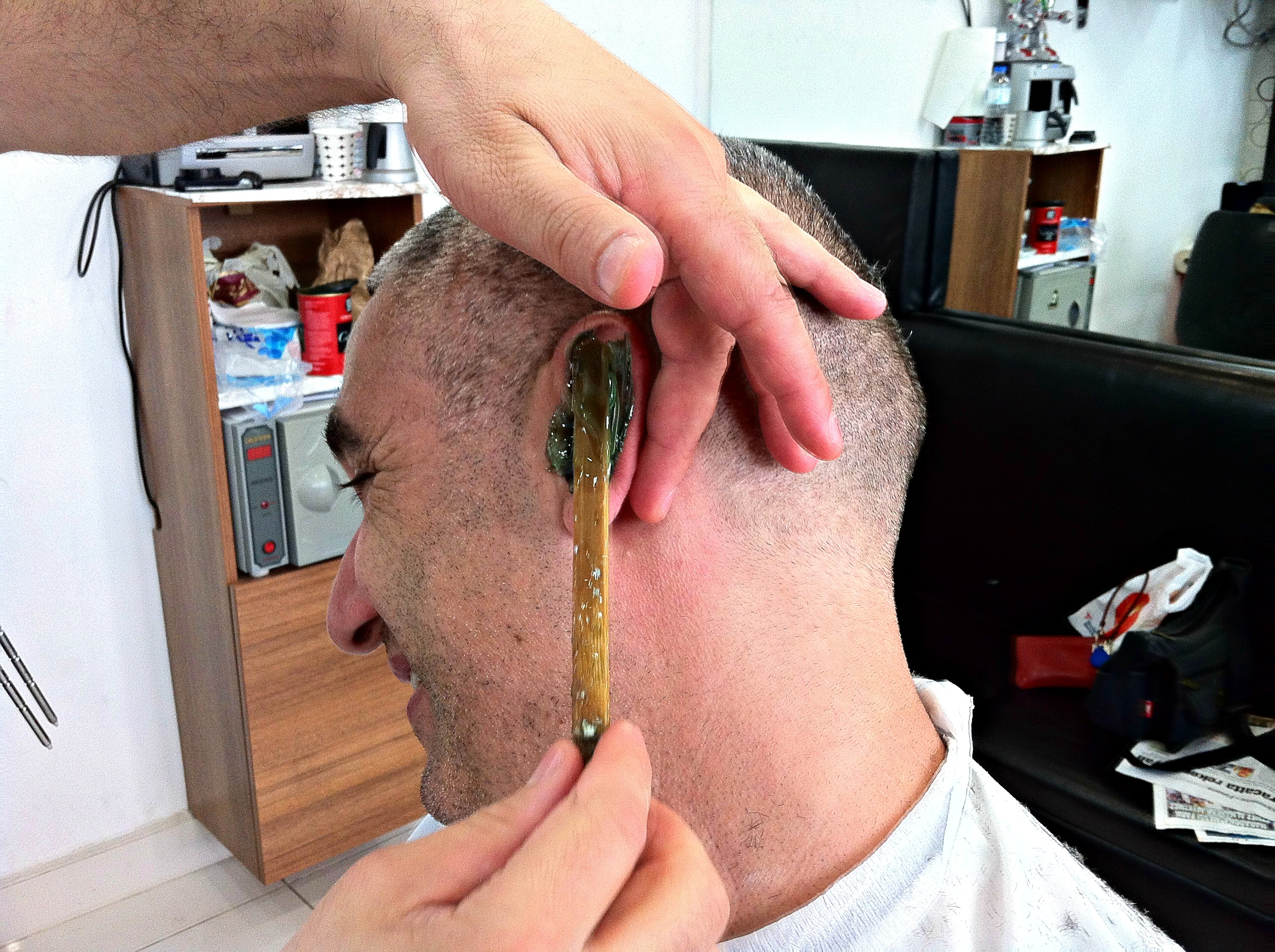 Putting the wax in my other ear.

Jill and I wanted to give you an idea of what the haircut, shave, and ear waxing felt like.

The pictures, I think, were a lot of fun but there is nothing quite like video to show the excitement, and nervousness, that I was feeling as a guy took a razor to my throat.

It was definitely a good exposure therapy experience for me to give up control, trust in someone, and just see how my anxiety rose and fell during the hour I spent in his chair.

I can definitely state that my anxiety rose quite a bit when he first pulled the skin on my face back, in order to get a taunt piece of skin, and put the razor against it.

It then fell, almost immediately, when I realized I was safe and secure.

It did raise again, briefly, when he went over my Adam’s apple as that is part I sometimes cut a bit but he did a fantastic job and not a scratch.

The ear waxing really was a hilarious event and I was in a bit of pain but it was all worth it and I’d do it over again if I had the chance.

Which, being that we came back to Istanbul on the last day of our trip, I did have that chance and I took it.

I’ll be posting that adventure in a month or so.