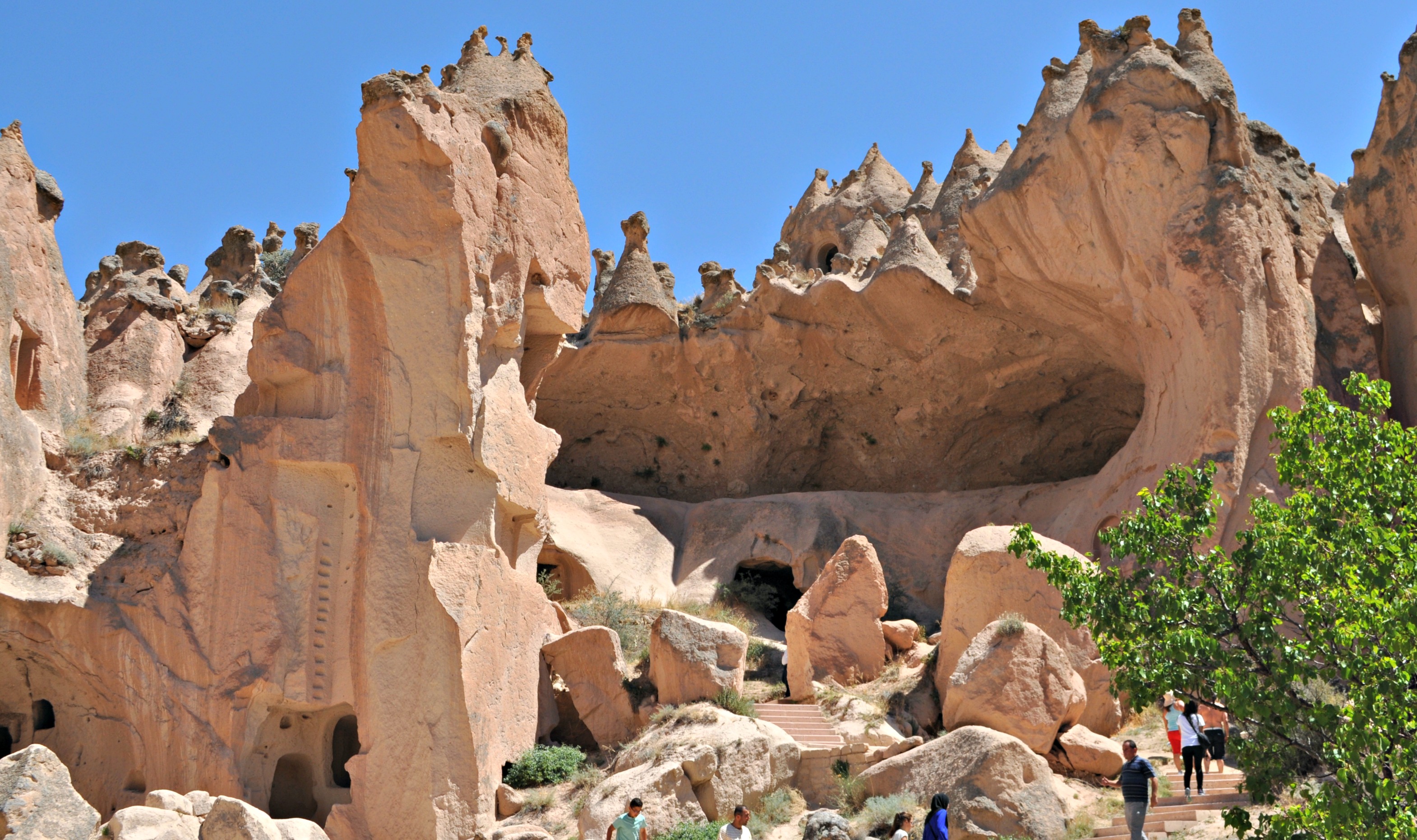 The tour Jill and I were in moved on to Pasabaglari, or Monks’ Valley, as it is known in English.

This is a small area, on the outskirts of everything, where monks used to live, and I guess, thrive.

There are two really interesting points of this little area that caught my imagination.

The first is that the monks would basically climb up, inside man made shafts, inside the fairy chimneys.

These weren’t angled passages but totally vertical pathways that had little niches for their hands and feet to find purchase.

Think about this: They would basically free climb, at full speed, or they’d slip down.  It would be very hard to hang out and take your time since the holds are so tiny.

This also allowed them to escape attackers, and make it very hard for attackers to follow them, as the weight of gear and weapons would make it prohibitive.

The second is that one of the fairy chimneys looks like Frank from Donnie Darko.

If you’ve never seen Donnie Darko, it is one of my favorite movies and deals with alternate realities, time travel, and is absolutely confusing beyond belief while also being utterly magical.

Frank is, without giving too much away, a 6 foot tall bunny rabbit who informs Donnie that the world will end in about 28 days.  It is an amazing movie that balances the idea of someone who is either mentally ill or perfectly sane.

It is a must see.

Actually, both the fairy chimney and the movie are both must sees. 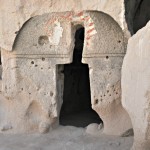 A doorway into another realm. 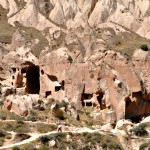 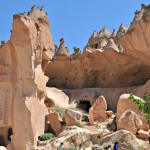 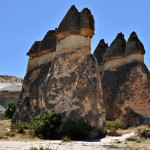 Fairy chimneys at the Monk’s Valley. 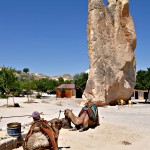 Camel rides if anyone wants one. We skipped it. 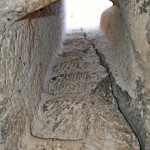 The little hand, and foot, holds that monks used to scamper up to the next floor. 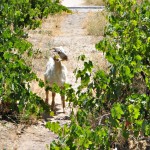 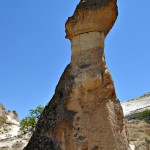 I swear this is Frank from Donnie Darko.