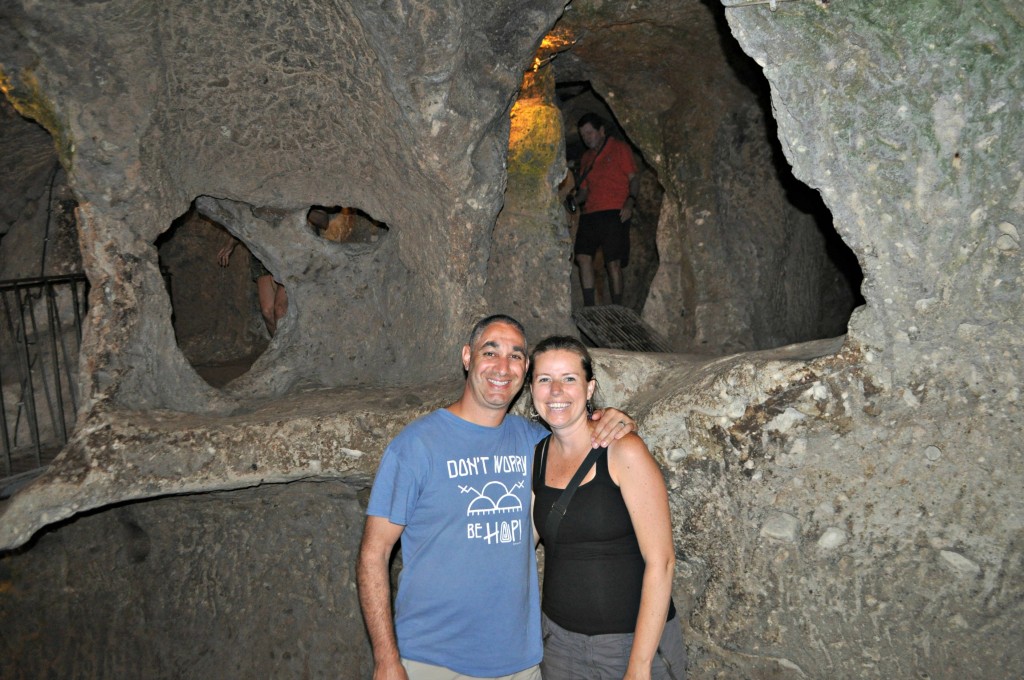 Jill and me in the opening room of Derinkuyu.

After we finished up with the balloon ride, Jill and I were picked up for our Red Tour.

There are four main tours, and they are all code named by color: Red, Green, and Blue.

We only did the red and the blue since we were limited to a few days and didn’t want to be totally rushed and busy.

We drove for about 45 minutes until w reached Derinkuyu.

It is an underground cave that housed up to twenty thousand people for a few hundred years.

Let me repeat that:  It is an underground cave that housed up to twenty thousand people for a few hundred years.

These cities were supposedly built in the 7th-8th century by the Phrygians and then later the Greeks inhabited them and turned some of the rooms into chapels as they were Christians.

The Christians stayed underground so they’d be safe from the Muslims during the Arab-Byzantine Wars.

The Christians also used it as protection during the Mongolian invasions in the 14th Century.

The cities are miles long and very deep into the Earth.

Up until the 20th Century, Christians were still using these cities as a refuge against the Muslim leaders and the Ottoman Empire.

There are stories that people would be elected to go outside, once a month, to see what was happening.

They would also have to bring out the dead bodies since no one else was allowed to leave other than during this time.

In 1923, the Christian followers were expelled and the cities were no longer used by inhabitants and seemed to be forgotten.

They were found when a villager was digging out a new room and broke through a wall in the 1960s.

They have now become a major tourist attraction for this area. 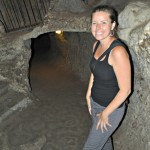 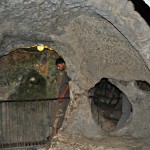 Some of the “rooms” in Derinkuyu. 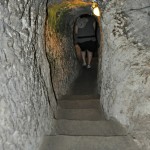 The corridors are incredibly small. 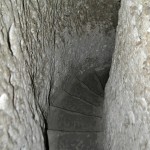 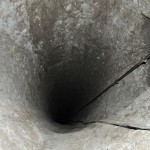 One of the pits in Derinkuyu. 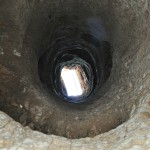 A chimney and light source in Derinkuyu. 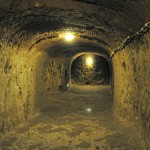 One of the larger rooms in Derinkuyu.

Another larger room in Derinkuyu.