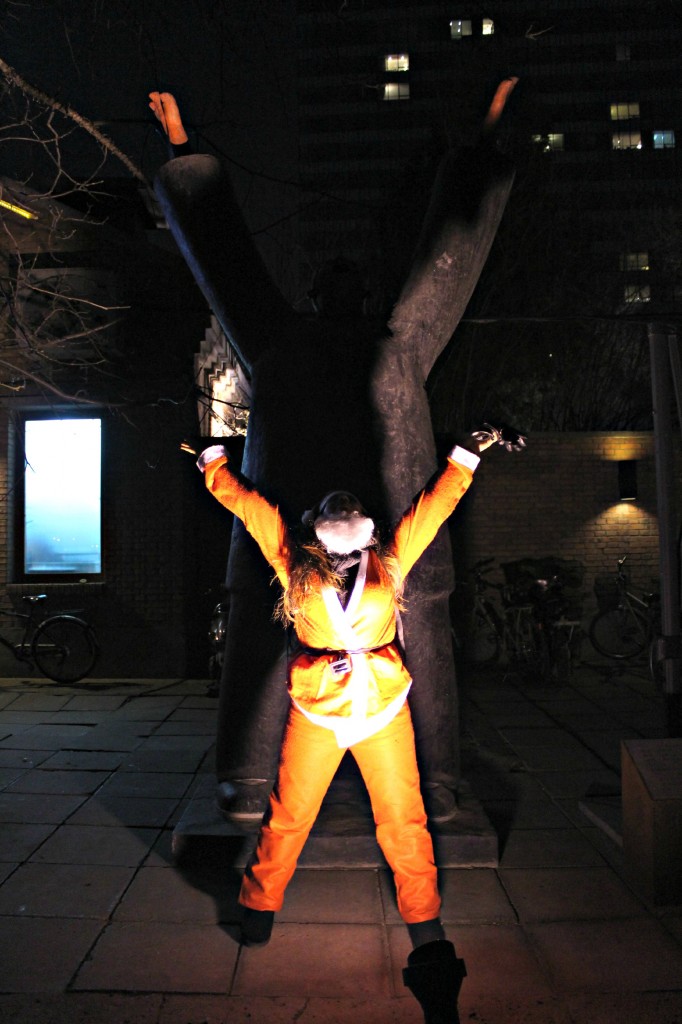 Me in front of one of my favorite sculptures.

Jill and I did Santa Con last year in Beijing and had a blast.

We met a lot of people and made some amazing friends during it.

I also did Santa Con the year before I came to China, in San Francisco, and something like 5000-10000 people showed up.

Beijing rolls about 150-200 people deep but it is almost more fun because Santa Claus and Christmas is still a novelty here and people are really surprised and seem to enjoy a bunch of crazy laowai walking around and giving out candy and having fun on the streets.

Our friend, Federica, who is from a small town near Turin, Italy, wasn’t able to come out with us this year but posted a picture of herself wearing a santa costume on the Great Wall of China.  I can only imagine what the Chinese nationals out there thought about it.  They probably laughed and loved it.  I know I would have.  Federica is hilarious and one of our closest buddies.  She’s also in the first picture above this post.

We hung out with our friends Barbara and Patrick most of the time.  Barbara is from Brazil and Patrick is from Cape Verde.  They met here and have fallen in love and are a super cute couple.  We love hanging out with them because they have such positive attitudes and also want to travel the world and see what is out there.  Barbara is also an awesome salsa dancer and Patrick is great at dancing kizomba and merengue.

We also hung out with our friend Rachel, who is in the picture below with Jill, who flew up from Hong Kong just to hang out with us this weekend.  We call Rachel, “Our daughter” because she is 26 and we feel like she is our kid.  She’s actually third generation Beijing-ren (ren means person) and moved to Hong Kong for work about 3 months ago.  We met at a Jing A beer and food pairing at The Big Smoke a while back and became fast friends immediately.

We hit about 6 different bars and ended up at our favorites, The Local and Jing A Taproom.  On our way, we stopped by The Big Smoke and passed by Beijing Sideways, which is a tour company where you can rent motorcycles, with sidecars attached, and do tours of Beijing, China and who knows where else.  Someone hired them to ride all the way from Beijing to Paris, if memory serves correctly.  One of my friends, Moeava, used to work there and is setting up the same company in Tokyo.

That is the part of Beijing that Jill and I truly love: Meeting so many people, from all over, that have such different attitudes and ideas on how to live life.  We enjoy being excited by their new ideas, their willingness to take a chance and their desire to try something new.  The Jing A guys, Kris and Alex, are perfect examples of this:  Kris Li worked at Cisco and Alex Acker worked at Ogilvy and Apple.  About 3 years ago, they started home brewing out of one of their bathrooms.  Then they built up and became more popular.  The owner of The Big Smoke, Kris Ryan, asked if they wanted to build their brewery in his restaurant and they agreed.  Just about 4 months ago, Kris Li and Alex started their own restaurant, the Jing A Taproom, and it has been a huge success.  It has been wonderful to watch them learn, grow and strive to be their own people and not just stay stuck in an “easy” career or life.  Alex also got married to the amazing Ashley while we were here and we’ve been able to celebrate their new life together as we’ve seen it grow.

We’ve made so many friends, in just 1.5 years, it is hard to believe.  However, that is why we love traveling and being out there: There are always adventures to be had and places to see.  We’ve seen so many of our friends make these amazing choices and live lives of adventure.

I wonder what adventure is next for us? 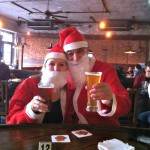 Jill and me at The Great Leap Brewing Taproom.

Rachel and Jill by the Beijing Sideways sidecars. 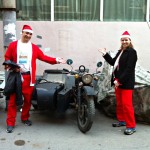 Jill and me at the Beijing Sideways sidecars. 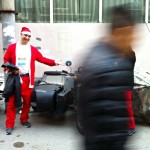 A national walks right thought the photograph. I should just do a post on how often this happens. It is absurd. 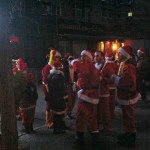 Yes, Santa is wearing a chicken costume this year, kiddies. 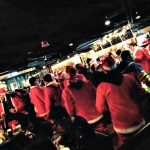 Another shot of Santa Con at The Local. 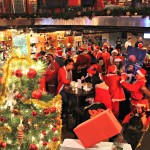 Lots of Santas in The Local. 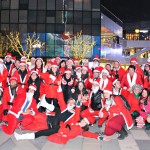 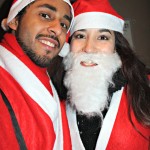 Barbara and Patrick. Patrick took a few of the pictures here also. 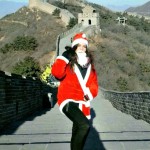