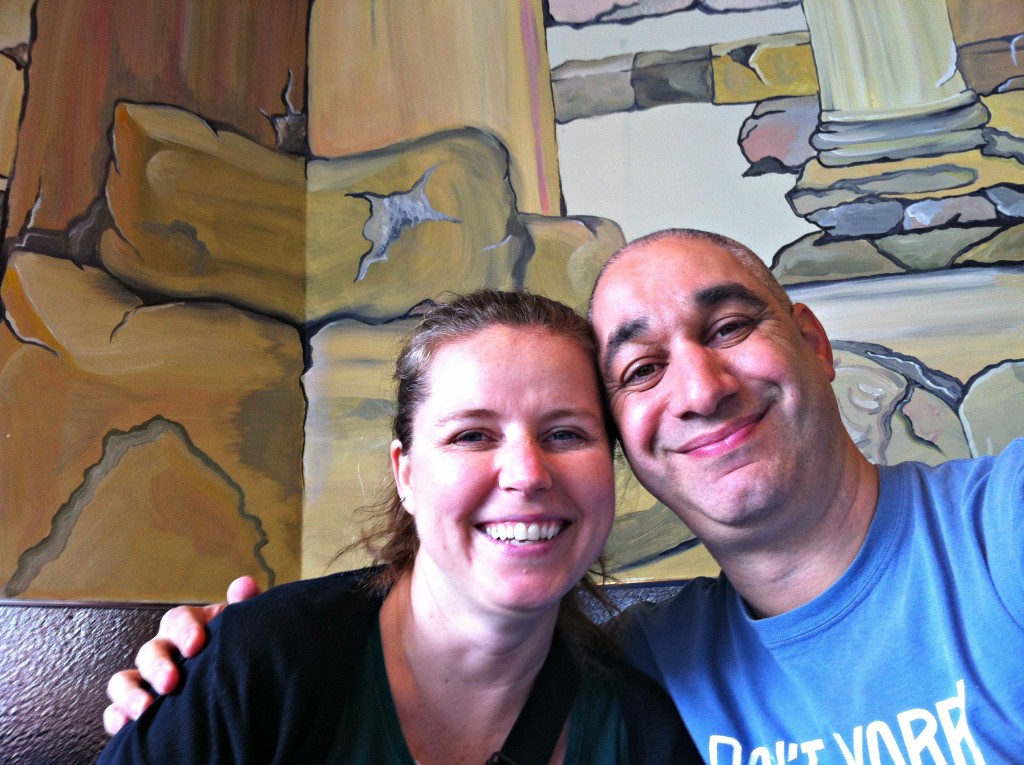 My friend, Jon-David, and I were going to meet up and hang out as I was leaving in 8 days and most likely wouldn’t be returning for the next 3 years.

Jon-David and I worked together at Family Service Agency as social workers and we knew the second we met we’d be great friends.  We have the same twisted sense of humor and ability to laugh at life’s insanity.

As I waited for the parade to start, I became hungry, so I left my seat sitting on the curb, and went to eat a burrito.  When I returned, Jill was sitting there and I asked her if I could sit beside her.  She agreed and then we started talking for an hour or more.  Jon-David was running late so we had a lot of time to talk about life, what we want to do, and that we were both single.

After the parade, Jon-David, Jill and I ate some Mexican food and we headed off our separate ways.  Before Jill went home, I asked her to go on a date with me and she said, “Sure!”  Even after knowing I was leaving in 8 days.  Pretty amazing.

The next day we went to Palmyra, a Syrian restaurant in the Lower Haight where she was staying in an AirBnb.  After lunch, we sat on the roof of her place, had a bottle of wine, and talked for hours.  After making sure we were sober, we drove over to Elevation 66 and had dinner and a few of their amazing craft beers.  I dropped her back at her place and asked her out on another date for the next day.  Next thing you know, we had 8 dates in 8 days and she was planning to visit me in Beijing and getting ready to buy her ticket a month later.

As we walked around San Francisco today, taking pictures and smiling at everyone we saw, I mentioned we should go to the same restaurant and tell the owner what had happened.  He had been very sweet and the food had been amazing.

We decided to do that and the owner, who is an immigrant and speaks with a wonderful Middle Eastern accent, asked if Jill, “Do you have a sister for my son?”  We started laughing and were once again grateful to be back in San Francisco and able to connect with people in such an easy manner.

We ordered the mezze platter and sat down.  The owner came by, gave us our food, and said, “God bless you both.  I’m glad you met and have found love with each other.  This is wonderful!”

We thanked him and gave blessing back to him and realized we are right where we should be, in every way, and this is heaven to us.

The food, I have to say, was out of this world.  It tasted amazing and everything was so fresh.  We have realized, as we are back, that the food in Beijing had been quite bland compared to food here.  Everything is so fresh and easily available.  It is like we are tasting food for the first time and we almost started crying when we had the tahini sauce with lemon.  It was that good.  We are going to enjoy re-experiencing San Francisco, and all it has to offer, in the next 3 months. 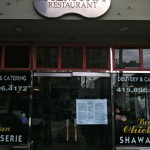 Palmyra is named after an ancient Syrian city. 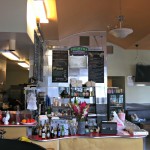 Inside Palmyra. The owner had stepped out when I took the picture. 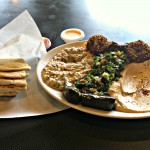 One Response to Day 562 OUT OF Beijing: First Date Re-Dux.