Day 566 OUT OF Beijing: Merry Christmas and Grace Cathedral. 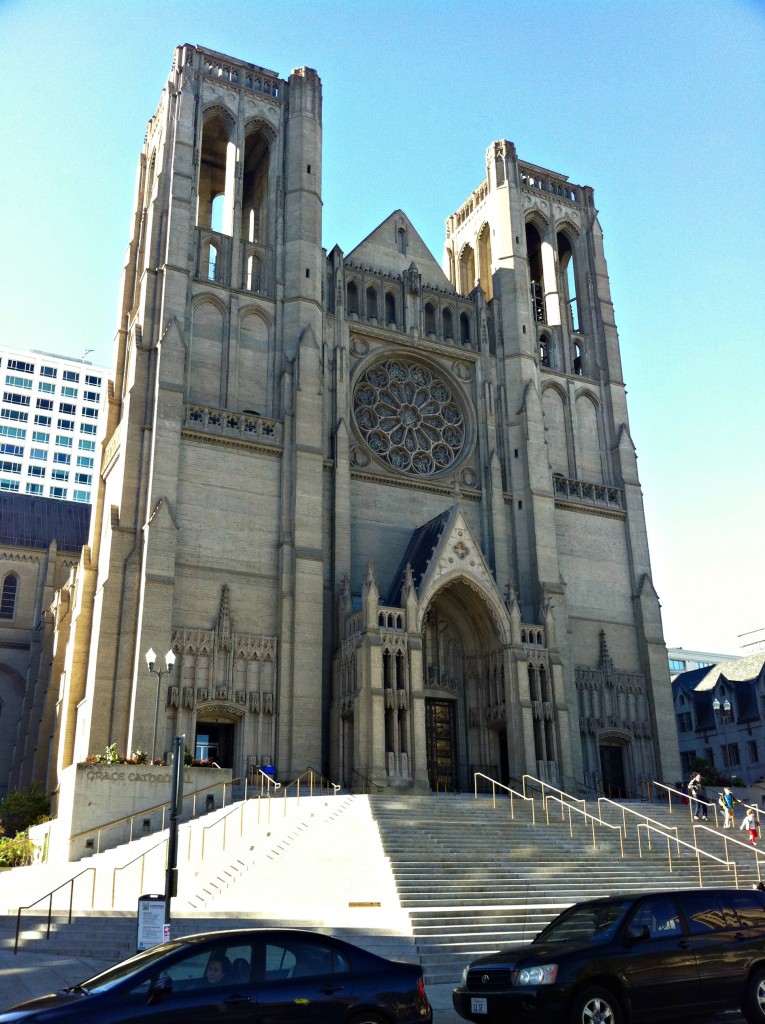 Grace Cathedral in all its glory.

Jill and I love Grace Cathedral.

It is probably the most beautiful Cathedral in San Francisco and it is located on the top of Nob Hill.

It has an amazing view out towards the bay and also back towards Daly City and out towards Ocean Beach.

It has been built out, as needed, through the years and yet the style has never changed.

It is a gothic cathedral and the acoustics are fantastic.

We also needed new pictures for our website and business, SF Tourism Tips.

It just so happened that the Rainbow World Fund Tree of Hope has been located at Grace Cathedral the last two years and we were able to see it this year.

It was located at City Hall last year, but we were both in China and were not able to see it, so it was nice to see it in such a magnificent location this time.

It is based on the 1000 origami cranes that were made by a Japanese survivor of Hiroshima in the belief that if she made 1000 of them she’d be cured of cancer.  She died about 300 cranes short but the legend lives on and this tree is a symbol of that hope.

I actually visited Hiroshima in 1997 and was taken by the Peace Plaza and how many thousands of origami cranes were there.  It was a magical place and it is dedicated to world peace as they have seen the worst humanity could ever do to itself.

This tree has another part of it’s own story that is quite incredible: “The wishes are then printed and folded into origami cranes by a diverse team of volunteers, including members of San Francisco’s LGBT and Japanese American communities, survivors of the Hiroshima atomic bomb, local children, and life-­‐sentence prisoners from San Quentin.  The origami “crane wishes”are then placed on the tree.”  From Grace’s Cathedral’s website.

Jill and I walked around and took a lot of pictures, enjoyed the scenery, and just sat in silence for quite a while.

We really loved looking at the amazing streamers that hung down from the ceiling and probably were over 100 feet in length.  I tried to find out what the represent but was unable to at this time.  I’ll have to ask a docent next time I go. 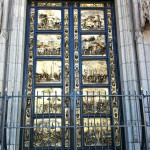 The Doors of Paradise. 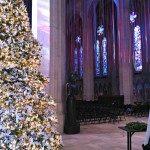 The Rainbow Tree, streamers and interior of Grace Cathedral. 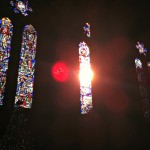 The sunlight breaking through the stained glass windows inside Grace. 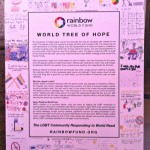 An explanation of the Rainbow Tree. 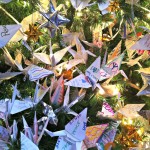 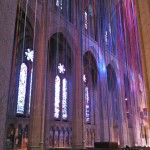 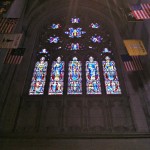 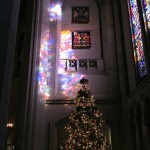 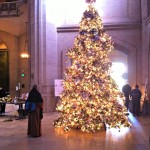 A buddhist monk stands beside the Rainbow Tree. 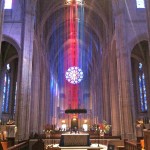 View from the Abbey.