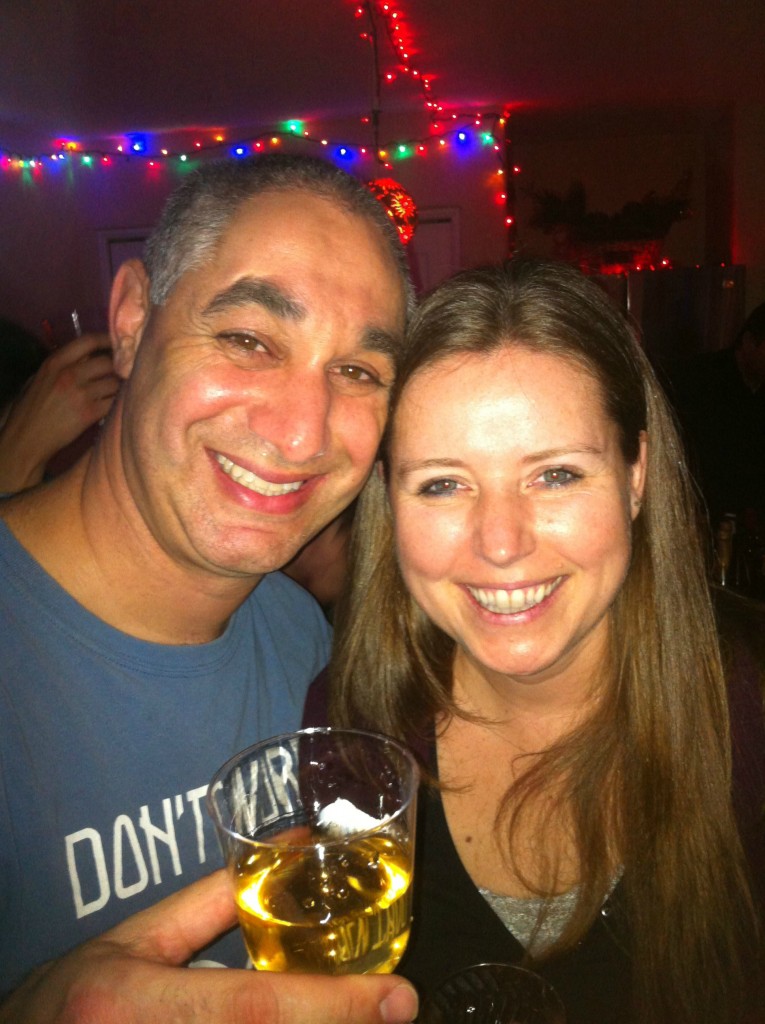 Jill and I celebrated New Year’s Eve in Singapore last year with our friend Dipesh.

It was an 8 minute show of fireworks and then a very delayed walk home to our hotel because they aren’t used to crowds of that size in Singapore and they forced everyone to walk down the same route which led to massive people jams and nowhere to go for a long time.

The day before, we did the same walk home in about 30 minutes.  That night took 3 hours.

We prefer smaller, and more intimate, parties with just our friends.

Luckily, our friends Alvaro and Kelly have their New Year’s Eve party most years and had it again this one.

We were in San Francisco and the party was in San Leandro, over the bay, so we had to figure out a way to get there on mass transit since we are going carless from now on.

We hopped on the Muni train, then moved over to BART and then Alvaro picked us up at the BART station near his house.  We were going to grab a bus to his place but he was nice enough to offer and we accepted.  Muni was free from 8 pm that night until 5 am the next morning so our trip only cost us about $6 bucks each way which was a steal as far as we were concerned.  Jill hasn’t had a car for over 5 years, and I haven’t had a car since I left for China, and the savings are amazing.  I mostly rode the bus the last two years I was in the states and took carpool whenever I could.  It is also a nice way to meet with people I may not have met in any other circumstance.  It is also part of our drive (pun intended) towards minimization and being more frugal.  We find we don’t make as many frivolous trips when we don’t have a car and plan out our days to be more efficient in regards to what we do and when we do it.

We arrived at the party and said hello to Kelly, her parents, Alvaro’s parents and their twin daughters.  They are incredibly cute and love to dance around.  Sadly, I didn’t get any pictures of them.  Simply stated, they were wearing princess gowns with tiaras and are about 3 years old.  We were having a great time just watching them run, dance and play with each other for a bunch of the night.

People started arriving, many who didn’t know I had returned from China, so we were able to catch up with many of them and update them on our adventures.  It was wonderful to see so many happy faces at our return and to realize that we are part of this small salsa community that seems to grow and add people but still stay close and like a family. 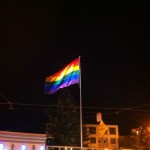 The Rainbow Flag in the Castro right by the MUNI station 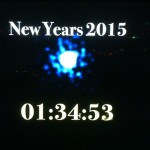 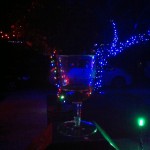 A view of champagne and Christmas lights outside. 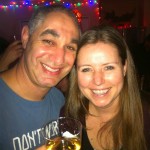