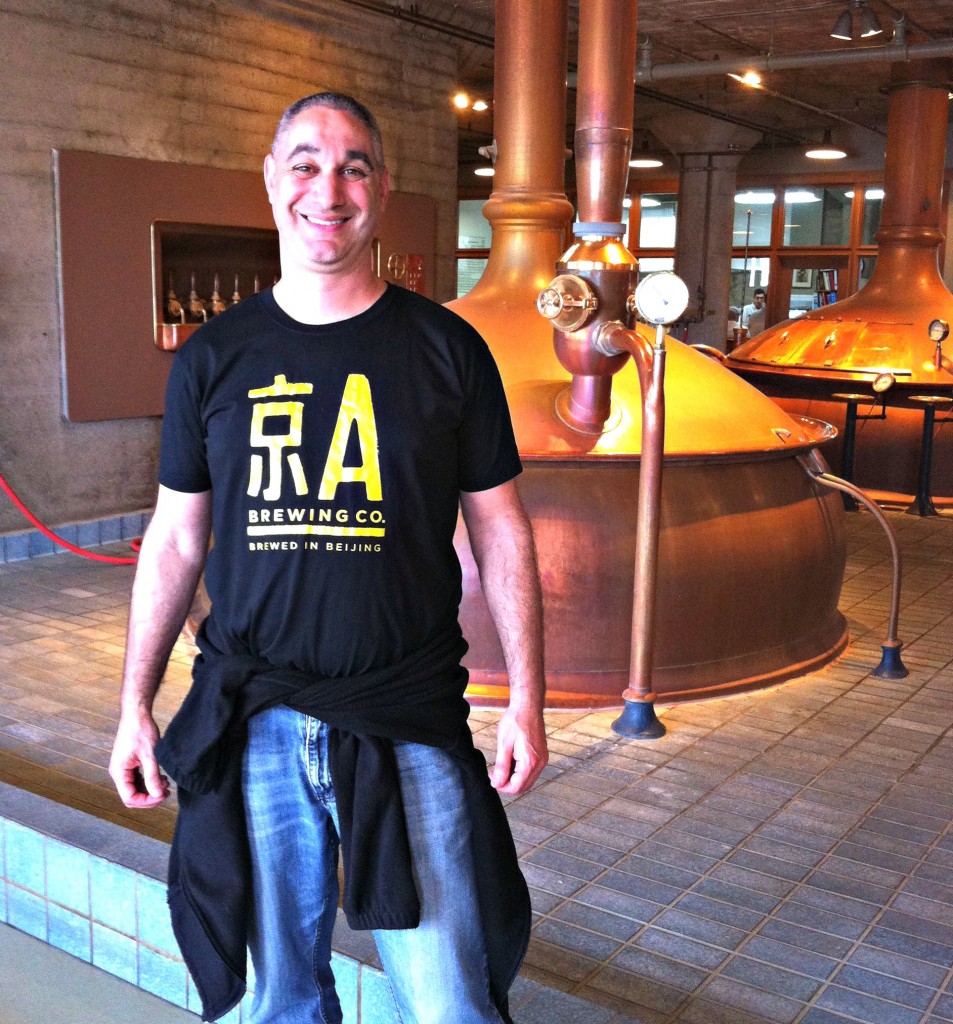 Jing A in the Anchor Steam Brewery!

Jill and I knew we needed to leave the City Guides tour to make the Anchor Brewing Company tour in time.  We seriously have the best “jobs” in the world doing research for San Francisco Tourism Tips, right?

We hopped on the bus, got spit on by some guy with a serious mental illness (He also pretended to shoot at us after he got off the bus. Oh, San Francisco you are a city of dichotomies) and arrived at Anchor Brewing.

We were a bit early so we had lunch and hung out until our scheduled 1 pm meeting time.

At 1 pm, we went upstairs into the tasting room and Stephen showed up to introduce the tour and what would be happening for the next 90 minutes.  FYI: The tour cost 15 bucks and needs to be rsvp’d for at least a few weeks in advance.  It used to be free but people would have to reserve their spots 6 MONTHS in advance and, if they didn’t show up, the tour time and space was wasted.  Trust me, 15 bucks is more than worth it for 45 minutes of history and to taste 6 different beers!

Stephen poured us all a beer and told us that it would be the last beer we get, while on the tour, so to savor it.  I did my best but finished it within about 5 minutes.  He gave us a tremendous amount of history regarding Anchor Steam, including that they were the first craft brewery in THE USA opening in 1871.  They survived not only the 1906 Earthquake and also Prohibition.  All of the beers are made in the copper brewhouses.  They also have 6 different beers, which most people (including me) didn’t realize as they aren’t as widely distributed.  The company also almost died, as it was very close to being bankrupt, at one point but is now doing better than ever and they will even been expanding to a new location in China Basin near ATT Park that will hopefully open in 2016.  It will also double their total output.  The current building, which will stay in operation, was built in 1937 and is beautiful.  The tasting room looks like a 1930s or 1940s tasting room and is quite stylish.

However, this is definitely a craft brewery at this point. They brew 22 hours a day and work three shifts to make sure they can produce enough product.  That may sound like a lot but think about this: Budweiser produces 51% of all the beer consumed in the USA.  I went to one of their tours, with my buddy Nate Pile, about 4 years ago and it was insane how much beer was being made.  And that was only one of 11 breweries that they have around the USA.

I’ll stick with the little guys and keep drinking my local beers.

Stephen also stated that there are now about 17 microbrews in San Francisco proper.  That is just now up to the same level before prohibition so it is pretty obvious that San Franciscans always liked their beer but it took a long time for us to get back up to speed.

By the way, Anchor Steam is called that because of all the steam that would come off the top of the building as it brewed.  It is a special beer, which is only made of the best ingredients with no adjuncts, pellets, rice or corn.  They are the real deal.  Surprisingly, since it seems like they’ve been around forever, Anchor Steam only started bottling their beers in 1971.  I guess I was only 2 years old at that time so it has been forever for me.

As you can see in the pictures. the employees are allowed to drink some beer, from time to time, and they seem to love their jobs and their beer.  We were told they get one beer after 4 hours of work.  Sounds like a great job to me!

Stephen allowed us to hang out afterwards, as we told him we were trying to get information for the SF Tourism Tips page and we discussed life, beer and traveling as he, and many of the employees that talked to us, seem to be very fun, slightly goofy, and adventurous people.  No matter if you are a tourist, or a local, I’d suggest this tour because there is so much information, and so much beer, that it is a trip down memory lane…if you can remember it afterward.

By the way, if you notice, I’m wearing my favorite shirt from Beijing.  The front of it has the Chinese character for “JING” and then A.  This is the brewery our friends, Kris Li and Alex Acker (and his amazing wife, Ashley. Hi Ashley!) own and where we spent much of our time in Beijing hanging out. They are two of the sweetest people we know and like family to us.  Without those guys, and their AMAZING beer, we’d not been able to survive that city.  We miss you guys and hope you come visit us and visit Anchor Steam when you do!

Ps.  Click this link if you want to go on an Anchor Brewery Tour. 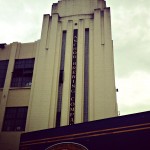 The Anchor Steam Building with truck passing by it. 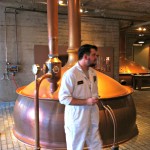 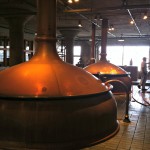 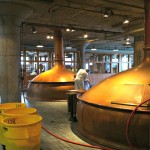 Another view of the copper tanks. 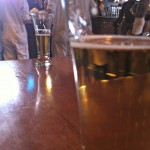 The employees enjoying their beer while we enjoy ours! 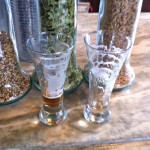 Only the freshest ingredients. 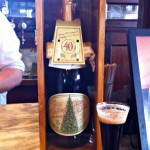 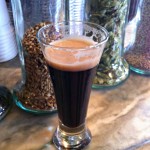