Day 624 OUT OF Beijing: Bus Breakdown. 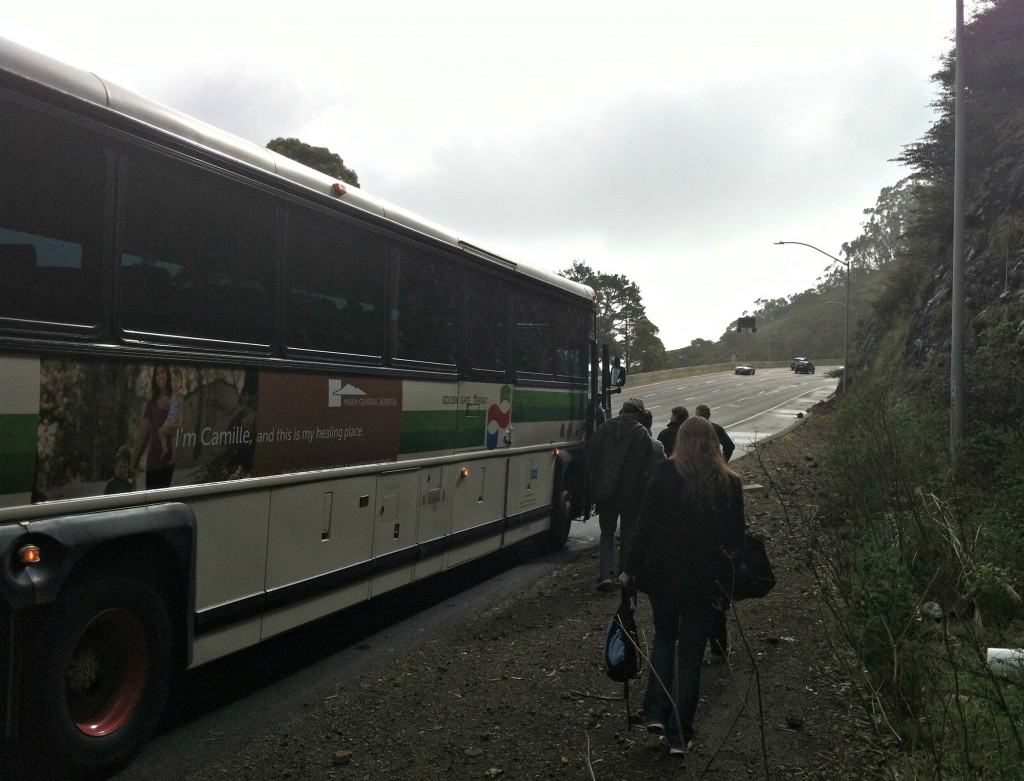 As we migrate to our new bus.

One of the issues with traveling so much is we are likely to have problems with transportation.

We finally had one on our trips in and out of San Francisco.

Jill has been riding buses for the last 5 years since she went car less and has never had a breakdown while on Golden Gate Transit.  I haven’t been riding as long as she has but I’ve never had one either.

Today that all changed.

We were climbing up the hill to the Marin Headlands when we heard a big “WHOOSH!” sound come from behind our seats.

We were near the back of the bus and it started to slow down instantly.

The driver turned on his hazard lights and we drove for about 500 feet going 5 miles an hour on Highway 101.

As we crested the hill, the driver parked the car in a turn out and tried a few different things to see if he could fix the bus himself.

An alarm kept going off and he notified us that he’d be calling a new bus, and we’d have to wait about 15 minutes.

Being that Jill and I keep our own schedules, this wasn’t a big deal.

There were others commuters and they all seemed pretty calm and just took it as was a normal everyday life event.

A manager drove up and talked to us and he seemed pretty mellow about it and we all started laughing and joking.

As the new bus drove up, we all disembarked, grabbed our cell phones, and started taking pictures since we had a great view and the chances of us every being allowed to park here, take pictures, and have this view are about 0.

The manager, the driver and the technician also took out their phones and took pictures.

I loved that people could have been grumpy, annoyed or angry because they were late but instead of choose to enjoy the view, laugh a bit, and stay calm and cool. 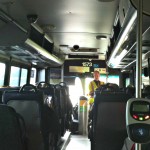 The manager is updating us on the arrival of the new bus. 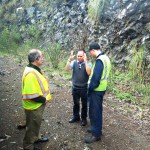 The manager, driver and technician all discussing world events. 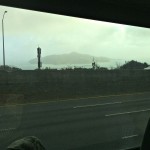 Our view of Angel Island from the bus. 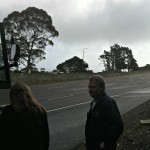 We were lucky that there was almost no traffic. 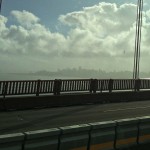 As we cross the Golden Gate Bridge and enter San Francisco.