Day 122 in Beijing: Cruising The Canals Of Zhujiajiao.

After taking the train down to Shanghai, Jill and I headed over to our hotel and checked in.

The incredible gracious and wonderful David Huo gave us a call.  He and is wife, Isabella, were down for the Salsamemucho festival and had told us they wanted to take us to a gorgeous little town about one hour outside of Shanghai that was famous for its canals and hutongs.  David is also known as El Chino Cubano because he won an international salsa dancing competition in Cuba in 2005 or 2006.  He now teaches salsa and rueda in Beijing and is often out of town teaching workshops in China or other countries.  I first met David at the San Francisco Rueda Festival which is an amazing yearly festival that is held in my hometown.

We grabbed some lunch and hopped in their car and drove out to Zhujiajiao.

I’m always surprised at the areas around Beijing, and now Shanghai, because they are massive cities, and yet, after getting out of the city limits, it becomes like old China with very classic houses, temples and gorgeous green countryside.  It is bucolic to say the least.

As we drove up and parked, we walked through narrow paths between houses and stores and enjoyed feeling like we were no longer in massive metropolis that go on forever.

David and Isabelle had been here a month or so ago and wanted us to experience a part of China that we normally wouldn’t see.

We noticed the boats that cruise through the canals and decided to take a ride on one.

It was romantic.  It was peaceful.  It was exactly what we needed. 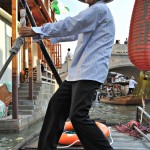 Our boatman almost seemed to be doing taichi as he rowed. 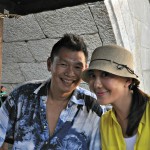 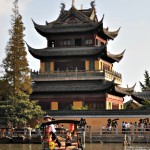 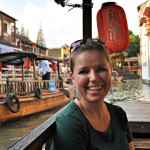 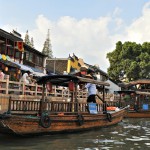 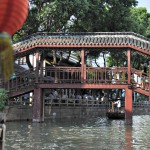 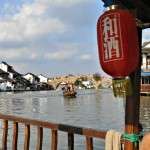 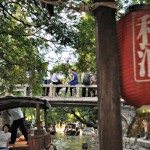 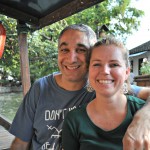 Jill and me. “Don’t Worry, Be Hopi” is written on my shirt. 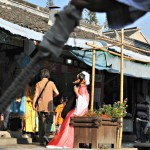 A tourist in costume about to be photographed. 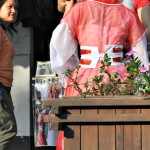 The tourist getting ready. 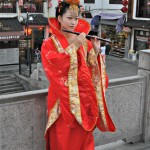 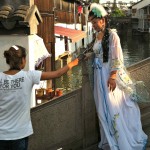 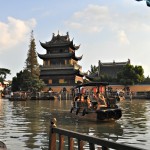 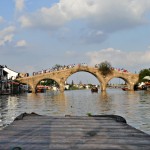 The main bridge in day time. 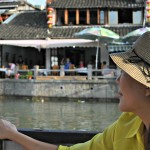 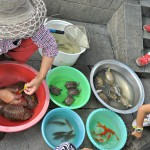 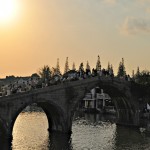 The bridge at dusk. 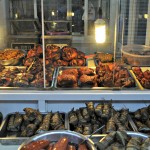 Lots of different foods for sale. 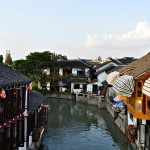 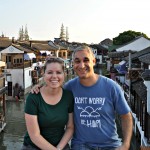 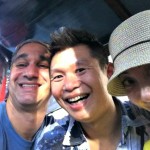 David, Isabella, Jill and me. 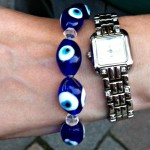 Protection from the evil eye. My grandmother used to have one and I thought Jill could use one also.