Day 563 OUT OF Beijing: Greece Comes to San Francisco! 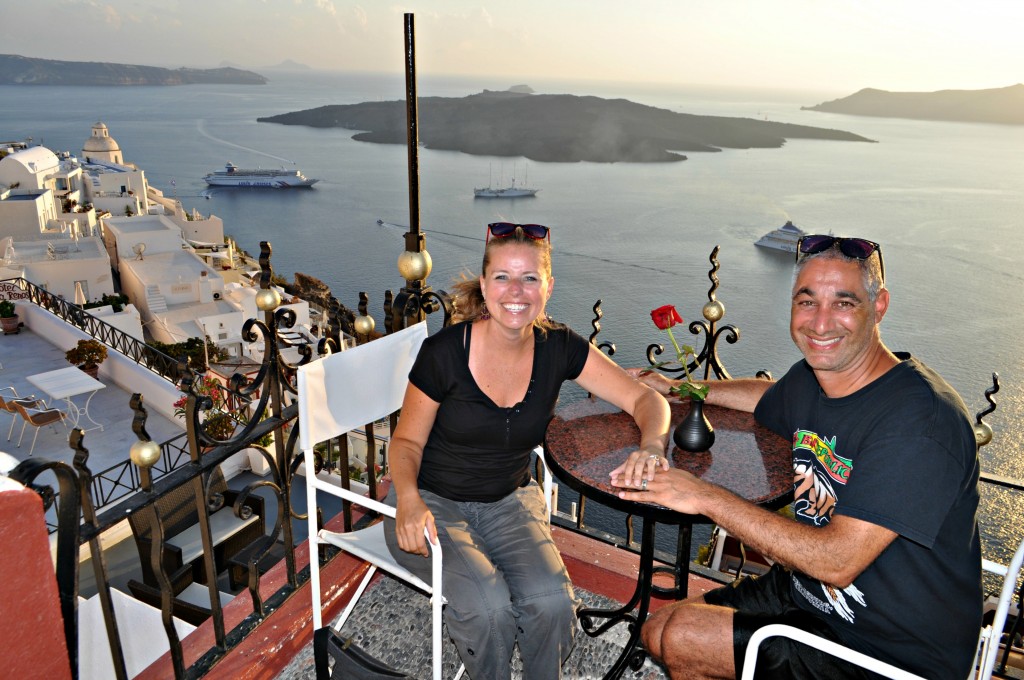 Our first drink at Palia Kameni.

Jill and I spent a few nights in little town of Fira on the island of Santorini, Greece after we got engaged.

We had been to Mykonos, Naxos and Paros and were worried Santorini would be too crowded and expensive.

Imagine our surprise when it was actually about the same price as the lesser known islands and not crowded at all.

It was facing towards the caldera and where the sun would set later that night.

We decided to sit down, have a drink and hang out.

One of the waiters, from the UK, talked to us for a bit and seemed like a nice guy.

After our drinks came, the owner, Vassilias came up to talk to us as the waiter told him we had just come from China and were engaged.

We talked for about 1-2 hours and discussed how he came to own this bar at such a young age (he was 28 years old), how to live the life we want to live, and how to achieve financial freedom as soon as possible to be able to travel and see the world.

Vassilias told us that he took the bar over from his dad and he is slowly making changes. One of the changes was to pay his staff enough that he, and they, could shut down for the 6 month winter break, and be able to live without fear of running out of money.  For Vassilias, that also includes going to visit his girlfriend, Soneth, who is a speech therapist in San Francisco and Los Angeles this winter.  We told him that we will be back in SF and wanted to meet up with him.  He agreed and we came back the next night to watch the sunset again.

We just got back to SF on December 15th and Vassilias told us he was leaving on the 20th for LA and we decided to meet up at the Squat and Gobble in the Castro Area.  We had a wonderful time talking and figuring out future plans and how we can support each other as he builds his business and we build ours.

It is everything we love about owning our own business, being able to travel, and living a life that is less structured and more independent.

It is not for everyone, but there is no way we want to live any other way, at least not at this point in our lives.

I’ve include pictures taken from his restaurant in Fira.  If you ever go to Santorini, please say hello to him and enjoy the sunset from there.  It is life changing. 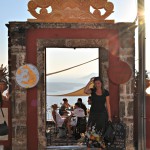 The entrance to Palia Kameni. 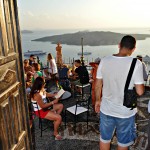 The view as we entered Palia Kameni. 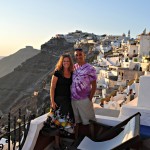 Getting ready to see the sunset. 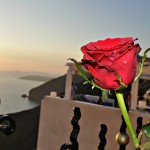 There is no better place for romance than Palia Kameni! 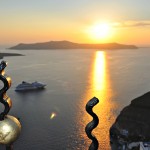 A cruise ship going out in the caldera to let passengers watch the sunset. 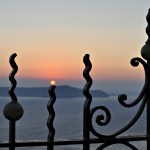 The sun tops the fence at Palia Kameni Cocktail bar. 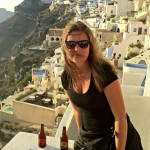 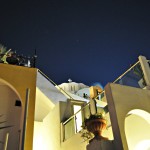 A church across the road from Palia Kameni. 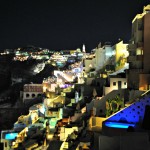 The view from Palia Kameni at night. 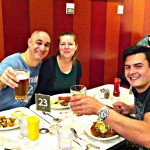 Jill, Vassilias and me cheering our joyful lives in San Francisco’s Squat and Gobble.