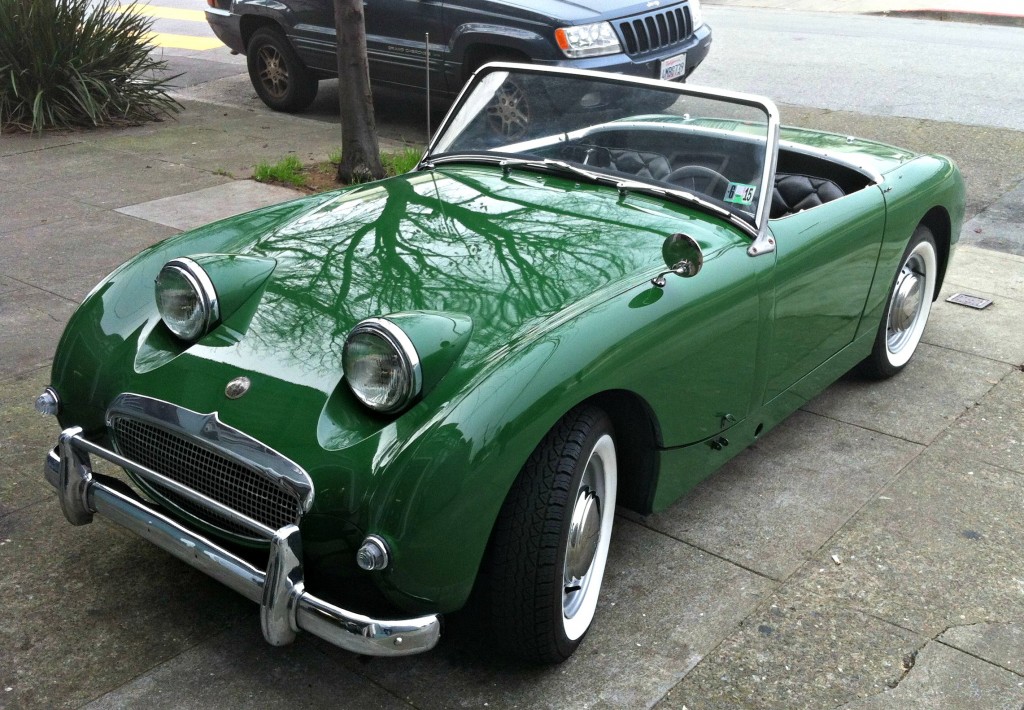 Jill and I aren’t huge fans of using cars.

We both sort of agree that they are used for getting around, doing what you need, and not much more than that.

The more we drive on bus, take planes and ride trains, the more we realize how easy it is to get around in the USA without a car.  We also don’t work in an office or have hard time lines for a lot of things we want to do so it does make it easier for us.

We also realize we have chosen to be kid-less also so that makes it much easier.

However, my brother David and his wife Meta, were also car-less while having two young kids, for a quite a while and he survived in Portland by just using bikes and cycling wherever they needed to go.

We aren’t trying to change the world, or anyone else’s way of living, we are just enjoying the way we live and the freedom it affords us.

That being said, Jill and I still love seeing super cute cars and we were walking around San Francisco yesterday, researching information for her site, SF Tourism Tips, and saw this beautiful Austin Healey.

My mom and dad, long before I was born, used to have an old Triumph TR-3.  I believe it was black and they sold it since they knew they’d be having kids and a tiny two seater wouldn’t really have been a viable means to transport.  I seem to remember that the person that bought it crashed it soon after it was delivered and it was wrecked.  The balance of joy and the impermanence of objects.

This tiny 1960 Austin Healey Sprite Mark 1 was parked in the SOMA district, near Southern Pacific Brewery and the Lyft headquarters, and the owner was obviously still making repairs and fixing it up but it was gorgeous none-the-less.

The owner had a few other cool looking motorcycles in his garage but we didn’t want to intrude or bother him.

We just took a few pictures, admired the beauty of this car, and smiled as we walked away.

We truly love being back in the Bay Area and being able to walk around the amazing city of San Francisco. 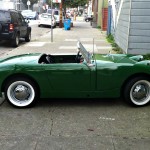 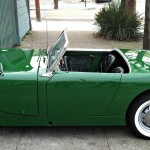 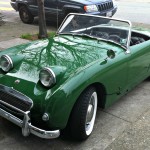 One Response to Day 590 OUT OF Beijing: Healey. Austin Healey.