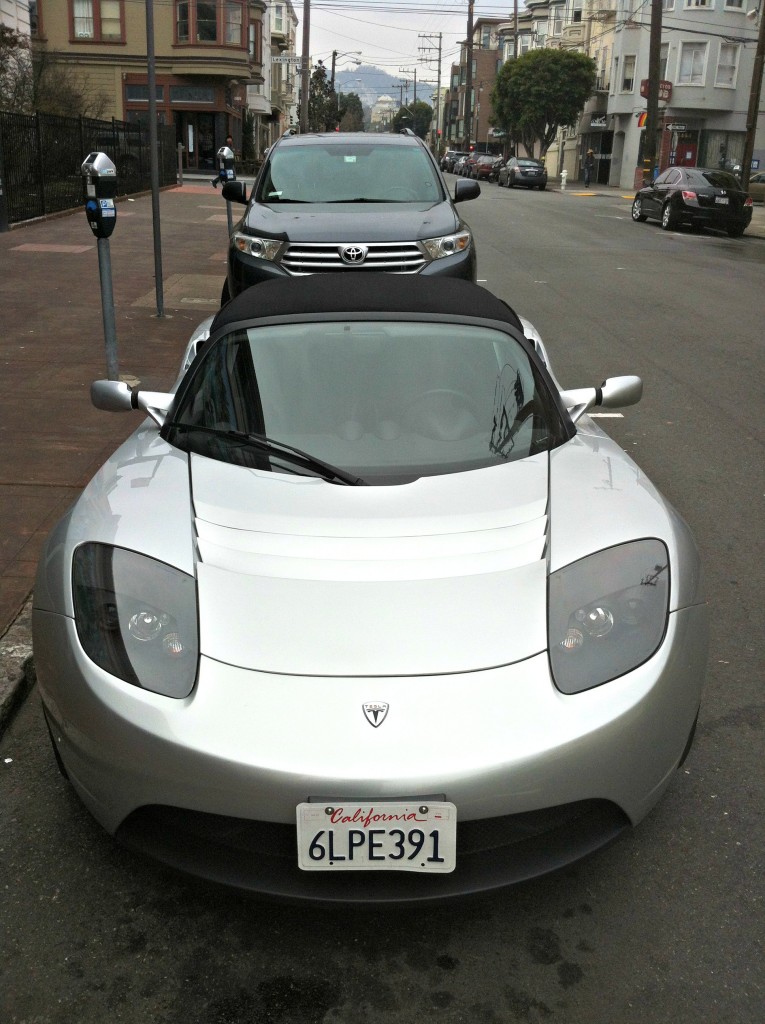 Strangely enough, on the same day that Jill and I saw the Austin Healey, we also saw this tiny little Tesla.

Many decades apart but both on the cutting edge of design for their time.

If you don’t know about the Tesla cars, they are all electric powered vehicles and Elon Musk was the originator of them.

Also, if you don’t know about Tesla, research him.  He was a genius and wanted people to have power that was free of charge and easily accessible.

Thomas Edison basically stole his ideas of Tesla and ruined him.

If you’ve never seen a Tesla coil in action, go Google it now and watch it on YouTube.  It is truly magical.

There was movie called “The Illusionist” directed by Christopher Nolan of Inception fame.  It stared Christian Bale and Hugh Jackman a few years ago where a Tesla Coil was a major feature. If you’ve seen the movie, you know of what I write.

Either way, I wanted Jill to stand beside this car so people could get a good representation of how small it is beside her.

It barely came up to the top of my hip when I stood beside it.

It must be like driving a go-cart and basically sitting on the ground.

I can only imagine how fun it is to take corners, at high speed, and just know your car won’t flip or lose traction since it is set so low to the ground.

Fun for kids of all ages. 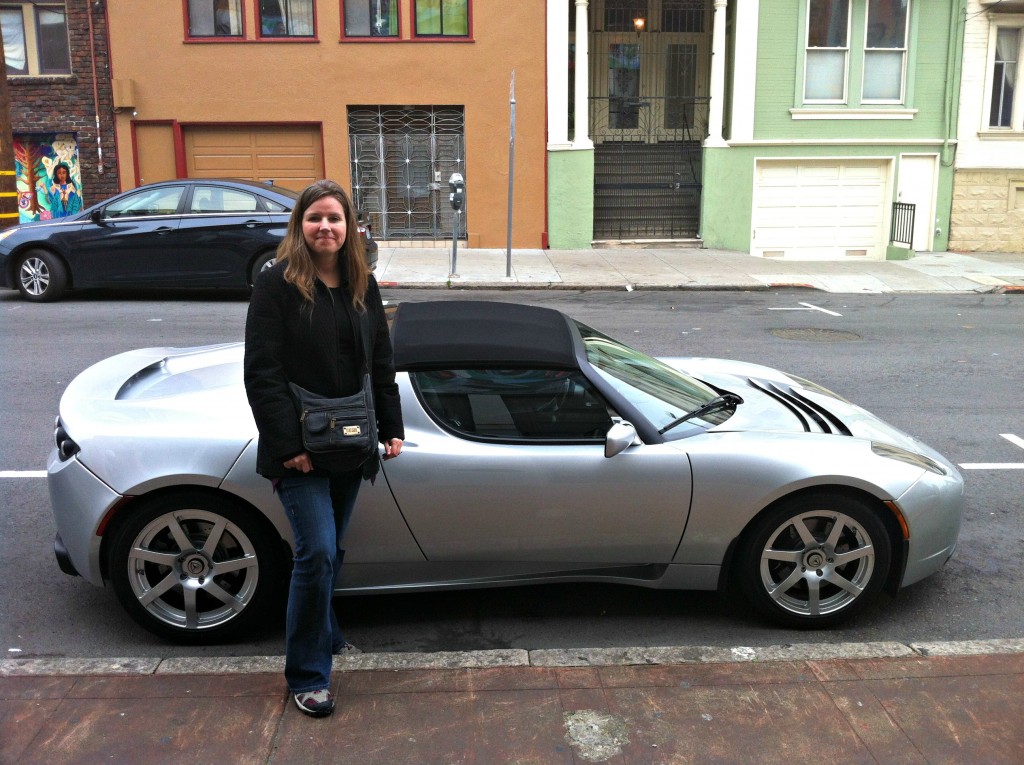