Day 596 OUT OF Beijing: The Musee Mecanique. 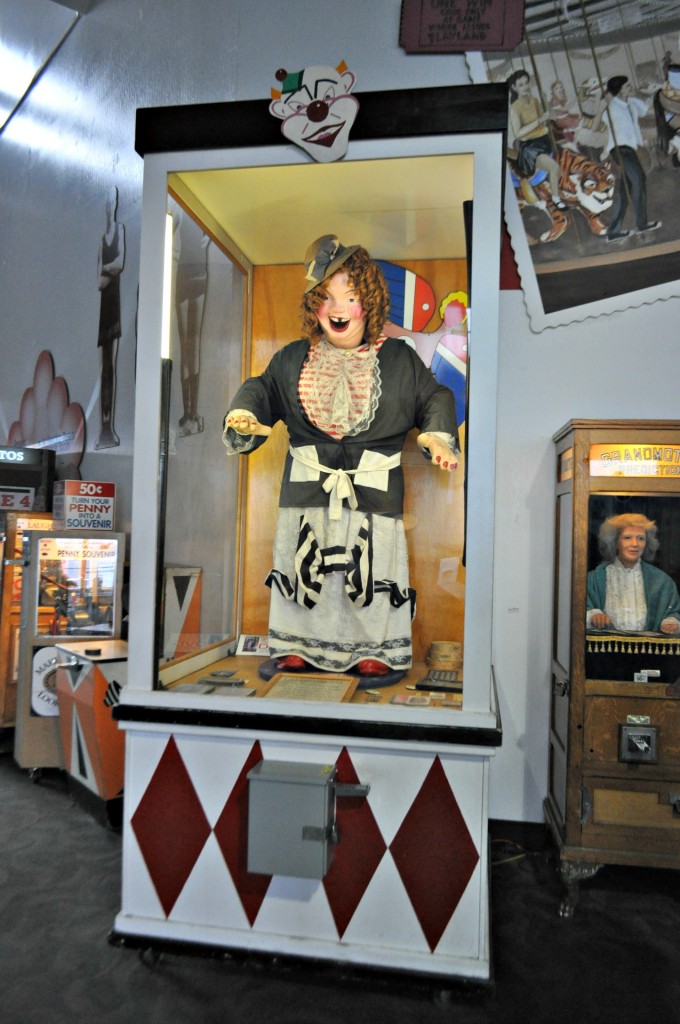 Jill’s and my excursion to update SF Tourism Tips next stopped at the amazing Musee Mechanique located at Pier 45.

The Musee Mechanique is a one of a kind place that can not be found anywhere else in the world, at least as far as I know.

It is full of mechanical toys and games that kids of all ages can enjoy.

Some of them are from the late 1800s/early 1900s and they have been rebuilt and maintained with lots of love and devotion.

I am rather amazed at how people can put such time and effort into salvaging and saving games like these and I truly appreciate them.

If you are from the San Francisco Bay Area, the second you walk in the door you will recognize Laffing Sal.  Just for your information, if you spell her name, “Laughing Sal” you are spelling it incorrectly.  Sal is from around 1930 and when you paid your money (now 50 cents) she will start moving around and laughing at you.  She used to live at Playground At The Ocean (now Ocean Beach).  Now, if you were a kid and saw Sal laff, or if you are a kid and see her do it now, you will be pretty terrified.  She was a freaky character and most people I know remember her fondly, with fear, as she is about 7 feet tall and scared most of us out of our wits.

We continued walking around and checked out some of the video games (from my childhood) and the game that went back to the earlier times.  We really enjoyed the massive collection of over 300 toys and automatons.  My personal favorite was the massive county fair carnival that moves when you deposit your coins into it. 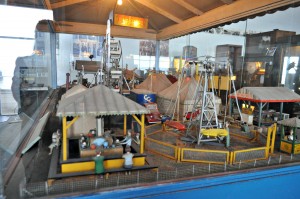 This collection is all because of one single man, Edward Galland Zelinsky, and his love of these contraptions.  He started collecting when he was 11 (well before World War II) and seems not to have stopped even until today.  He is a 5th generation San Franciscan (which is a HUGE deal to people from San Francisco) and has done so many different careers in his life that it is impossible to list here.  Trust me, go to his page and check out all of his accomplishments.  He is a renaissance man.  I love the stories of people that want to live a different type of life and figure out a way to do that successfully and take a different route to their dreams.  Mr. Zelinsky definitely has done that in a very special way all his own. 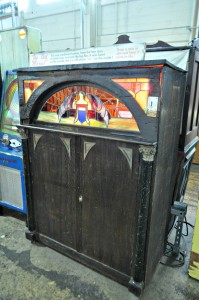 A jukebox from days ago. 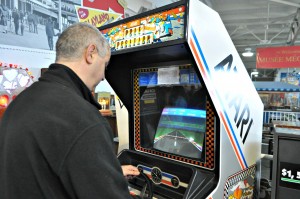 Me failing miserably at Pole Position. A game from my childhood.

We took our time walking around the Musee and just taking in all the games, sounds, and excitement of other people playing the games.  One of the truly generous gifts that Mr. Zelinsky has given to anyone entering the Musee if that the entry is absolutely free!  You only have to pay to play and most of the games are only one quarter, or at most, fifty cents.  I remember playing some of these games as kids and that is the exact same price as then.  How many things can we say are the same price as they were about 35 years ago?  I don’t know of many.

One Response to Day 596 OUT OF Beijing: The Musee Mecanique.