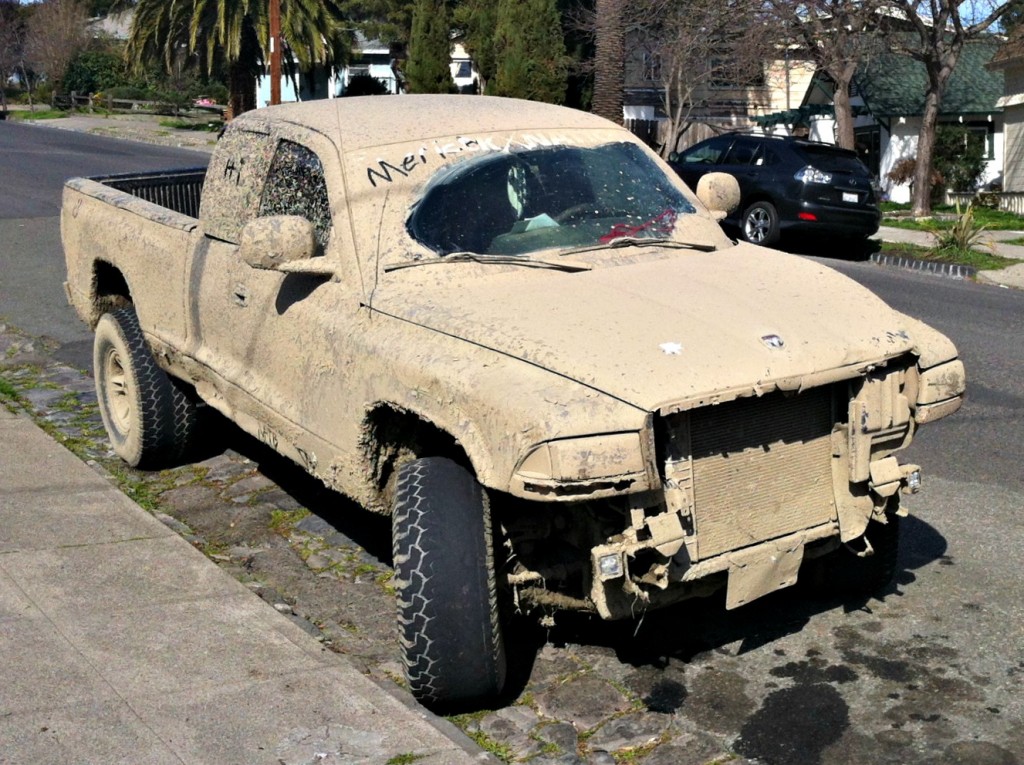 Notice the “Merica” scrawled into the mud on the windshield.

Jill’s and my walk continued back into more of the city part of Petaluma.

Petaluma, in case you aren’t from Sonoma County, was not the upscale town it looks like now just about 10-15 years ago.

The rush to move north of San Francisco, whether to Healdsburg (my hometown), Cloverdale or Petaluma, has brought in a brand new group of people.

It used to be mostly farmers, and people like my family that didn’t want to live in the big city but still wanted to drive down to see family, but not a lot of commuters and extremely wealthy people.

Petaluma, and Healdsburg, is now loaded with wealthy people and this has changed the demographic considerably.

Not saying this is better or worse, just different.

There is a balance, just like what is happening in San Francisco, Oakland and Berkeley, that can be unsettling and upsetting to long time residents who are now being priced out, pushed out, and excluded from the cities and towns they were raised in and belonged to just a few short years ago.

Progress is just that, progress.

As Jill and I walked, I saw a bit of of “Old Petaluma.”

It was a 4×4 truck, definitely meant for “4 Wheelin'” in the mud and streams, and it had been used accordingly.

When I grew up, there was a definite faction of people that used to go 4 wheelin’ a lot.  They were mostly good folk and seemed to enjoy themselvecs and not bother anyone else.

There were also some of them that were racist and would harass me for being Jewish.  I can’t imagine that happening in Petaluma or Healdsburg of today.

Progress is just that, progress.

This truck brought me back to my high school days and what it was like growing up in a “hick” town, as Healdsburg used to be called.  There is, in no way, any chance it could be called that now.  My personal nickname for it is “Hamptons West” because of the money and skin tone of most of the people that live there.

Stopping to photograph the truck, I noticed the mud and how, “Merica” was scrawled into it on the windshield.  There is a definite statement being made by the person who wrote this in the mud of this truck.  You can figure out what they were stating.

I then walked around the back and notice the folded up American flag, 12 pack of Budweiser and other assorted junk thrown around the bed of the truck.

I also checked out the bumper stickers.

Bumper stickers are an intriguing way to show your beliefs and inform others of who you are without actually having any type of conversation or discourse.

This person, obviously, is not an Obama fan since one of his says, “Does your Obama bumper sticker make you feel stupid yet?” and “4×4” filled in with the Stars and Bars, which, no matter what anyone states, is a definitive statement for slavery, and lastly, “The 2nd Amendment: America’s original homeland security.”

My mom once gave me a t-shirt that has 4 Native American men, holding rifles, with the statement, “Homeland Security: Protecting America’s borders since 1492.”  I would tend to think they’d have had a whole different opinion on the 2nd Amendment.  Just a thought.

Anyway, I just thought this truck, and the owner, were fairly hilarious since he/she had a very nice house, a few other nice cars, and probably lived a very nice life.  And yet, he/she was still angry at Obama and the mostly liberal elected government around this area.

It made me think, again, of the privilege that most people living in the USA have and how little they travel, see other cultures, or truly live outside of their own little bubble.  Beliefs become simplistic and black and white, which, in reality, nothing is black and white.

I reflected on Bill and Rosemary from the UK, who we had just met a day or two ago.  They had done two different 2 year trips in their truck, and in opposition to this truck, their bumper stickers showed their willingness to see the world, see what else is out there, and learn about so many foreign cultures and people.  We tend to know so many more people like Bill and Rosemary, and unlike this truck owner, because of our choices.

This dichotomy reminds me that I  choose not to be stuck in black and white world, to stay stuck in one location, to speak only one language, or to live in a world where everything is explained in a single bumper sticker proclaiming other people’s stupidity.

That is why we walk. 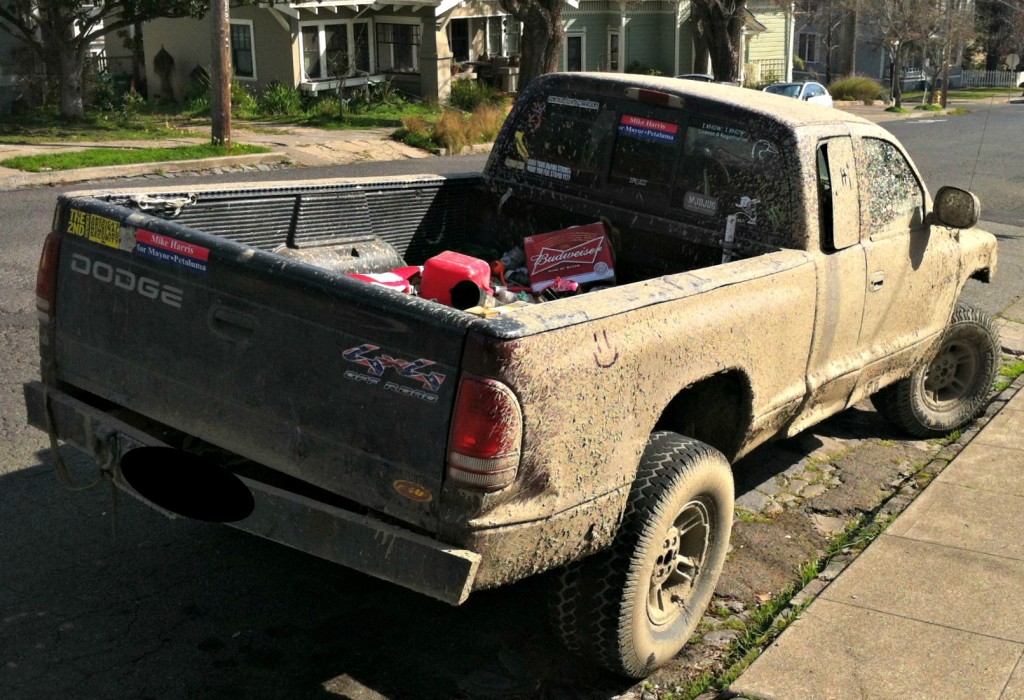 He, or she, made her opinions very well known. Which is their right.