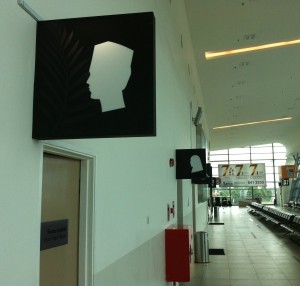 There are many Buddhist, Hindu and Chinese temples all over Malaysia, but the Muslim religion plays a major role in day to day life.  There are also the indigenous Malay religions and spiritual beliefs.

That being said, Malaysia is, primarily, a Muslim country.

Jill and I enjoyed hearing the call to prayer 5 times a day when we were waking up, walking around, or just sitting down to eat dinner.  It is quite beautiful and it was interesting to see many men all start to go towards the mosques and get ready for prayer.

We also took a lot of pictures at different mosques and did our best to not interfere with anyone that was praying since we didn’t want to be rude tourists.  We found the people there to be incredibly kind, and helpful, and wanted to show us around the mosques and give us a little peak into their world.

We flew home yesterday to Beijing. A quick aside, how strange is it that Jill and I call Beijing, “home” now?  It seems natural and easy for us even though we aren’t really from the Chinese culture or society.  We’ve blended in as well as we can in the 7 months we’ve been here and it feels fairly natural to write that as I sit here, looking out the window of my apartment, at the Roman statues in my complex.  But Roman statues in a Chinese apartment complex is a story for another blog, this is about Malaysia and Muslims.

We were walking to our gate and waiting to fly out when I noticed these bathrooms.  It took me a second, even after being in Malaysia for 21 straight days, to realize that they were prayer rooms.

Usually the prayer rooms have the word, “Surau” and a picture of a mosque on a sign next to them.  This one didn’t, so I was a bit confused at first, but instead had a picture of a man with a taqiyah and a woman wearing the hijab.

We saw a family walk up, separate according to gender roles, and go in to pray as we waited for our plane.  The women were wearing black Burqas, and the men were wearing slacks and shirts.

I have to say that Jill and I found the hijabs to be quite beautiful.  Each woman seemed to choose colors and designs that would express who she is and allowed them to stand out in a crowd.  Most of the hijabs that we saw in Malaysia are adorned with jewels and are very decorative.  Jill had to wear them whenever we entered a mosque, and I had to wear them at a few of them, and we will post blogs about what it is like to be in a nylon hijab in 90 degree weather with 90 percent humidity.

Simply stated, they were hot.  I don’t think many women wear nylon hijabs in Malaysia and only the nylon hijabs are primarily used by tourists and need to be extremely durable.