Day 326 in Beijing: Gient or Giatne. Either Way, It Is Not A Giant. 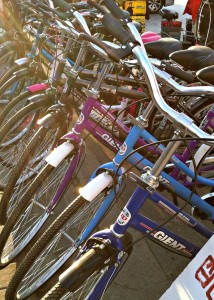 There are a lot of bicycles in Beijing.

Supposedly not nearly as many as there were 10 years ago since many people now own scooters, motorcycles and cars, but there are still a lot.

There are a large number of bicycles from different makers but Giant definitely seems to be the overwhelming choice of premium bikes.

However, there also seems to be some pretty serious knock offs of the Giant name. 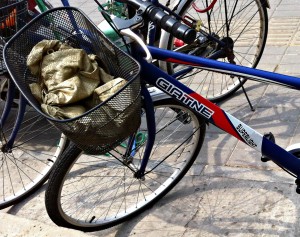 I found these two different versions and they both made me laugh.

This isn’t quite “Chinglish” but it is close enough for me.

By the way, Giant is a Taiwanese company and I’ve owned a couple of them.

They are fantastic bikes and my friend, Christopher Rubin, used to work for them and got me turned onto them.