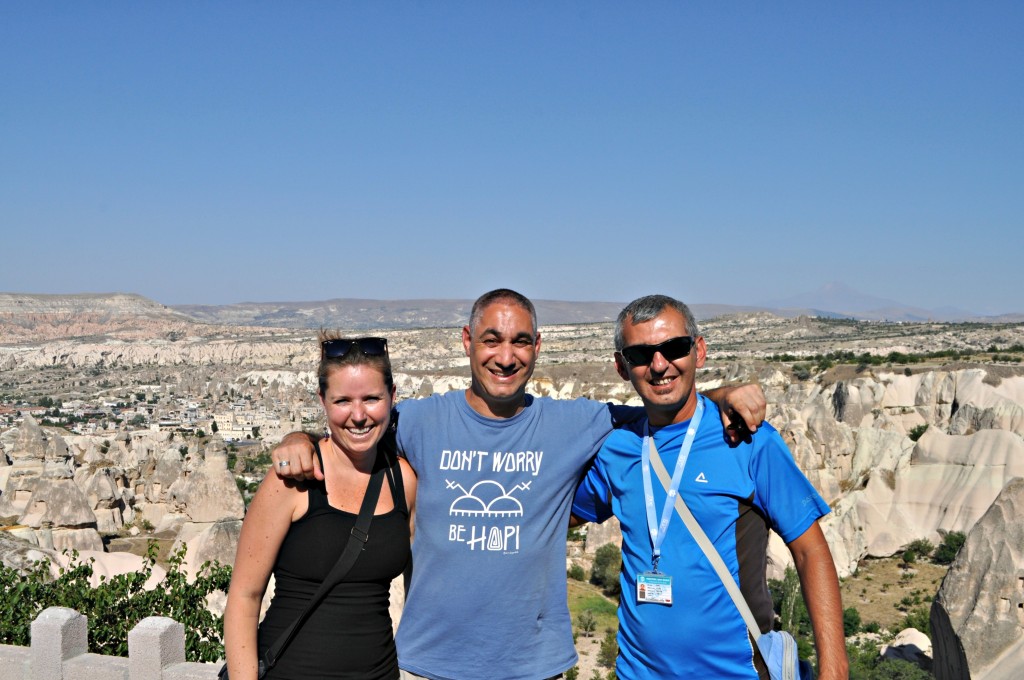 Jill, Sukru and me on our tour.

Sukru was our guide on the blue tour and did an amazing job.

He was getting married about 2 weeks after this tour and felt his joy and excitement as he told us about his life.

He had also lived outside of Turkey, for a few years, and spoke some Spanish.

It is always nice to meet up with other travelers, who understand how magical this world is, and want to see it as much as we do.

As Sukru showed us the little handholds that go up to the third level, he gave a small demonstration of how they would climb up.

Realize that this is about 10-15 feet, straight up, and they were monks.

I would guess they weren’t wearing robes, but maybe they were, and that would make it even more impressive.

There is a second way to go up, but one has to climb to the second floor first, and I’m guessing they would use this to save time, and if being attacked, be able to escape, as quickly as possible.

It would also be easy to defend from above because anyone coming up would be unable to protect themselves and be slowed by the armor, swords, and other gear.

I was tempted to climb up and see how difficult it would be and then realized we are hours away from a hospital and common sense took over my ego.

For that, I’m thankful.