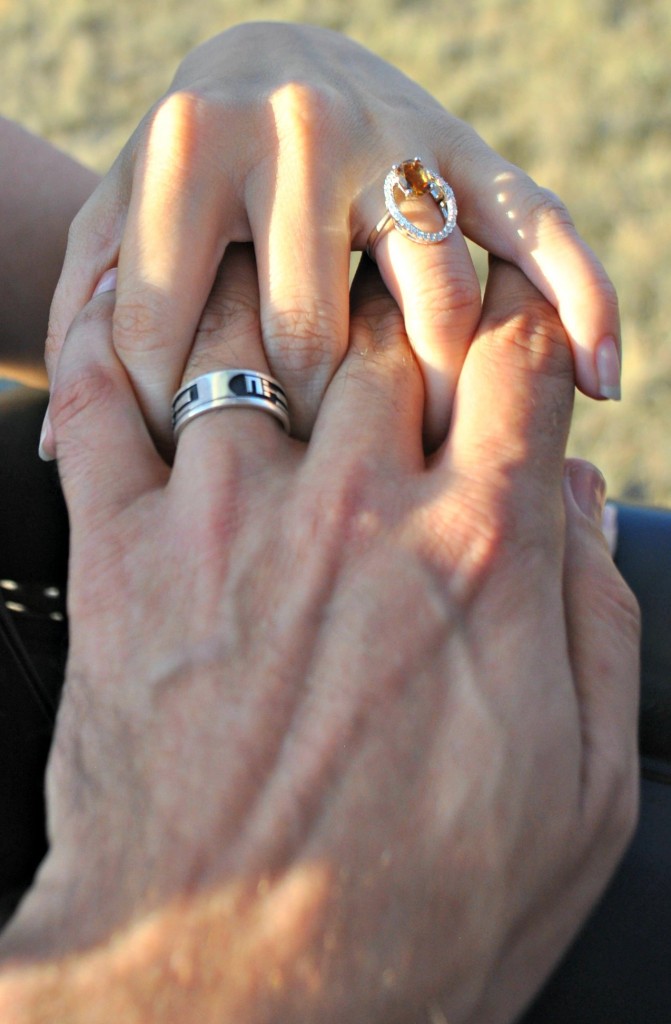 As you know, Jill and I bought a ring for her yesterday.

She thought it was just a ring that would look nice and not mean anything more than something that would help us to remember our trip to Cappadoccia.

Little did she know that I had other plans for it.

I’m about as unromantic as they come.

Luckily, Jill is even less romantic than I am.

I was married once before and Jill has never been married.

I don’t think she had any expectations that she and I would marry, and instead, we’d just travel the world and live our lives together in an unmarried state.

As we were about 2/3 of the way done with our hot air balloon ride, I knew I needed to move quickly.

The noise from the fire heating the balloon made it difficult to have a long enough time, in silence, so that she could hear me ask her so I had to think quick.

I moved over to Captain Mike and said, “Is there a minute or two where it is silent so I can ask my girlfriend to marry me?”

About 10 minutes later, he said, “We are going to go a bit longer, I want to take you over this field.”

Then he looked at me, winked, and I knew what he was doing.

As we hovered over the field, I asked our new friend, Brent, to take my iPhone and video us.

He said, “What am I supposed to video?”

He started taping and I said,

“So, I met you 8 days before I came to China and you are the person I want to spend the rest of my life with so…will you marry me?”

By the way, the sounds you hear in the background are not Jill’s.  They are from Abby.  It cracks us up because it is so heartfelt and honest.  You can also hear Brent saying, “Oh my god!” as he films us.

Captain Mike tops it off by saying, “You said ‘yes?’  okay, now we can land and we don’t have to throw you out.  Congratulations!”

Brent told us, afterward, that “I was shaking I was so nervous.  I didn’t want to screw it up.”

I think Brent did an amazing job and I love that he caught us, Abby’s cute noises, Captain Mike, and the balloons in the background.  And all in 47 seconds.  They added so much to this perfect day. 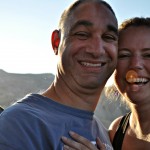 Jill’s smile lights up the sky! 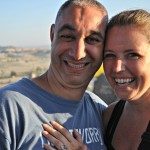 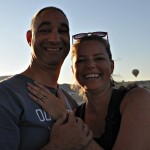 The happy couple with our rings. 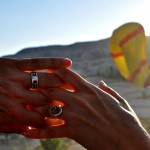 Her ring is from Turkey, mine is from the Hopi Reservation. 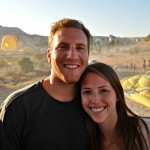 Abby and Brent. A lovely couple we were very thankful were with us today.