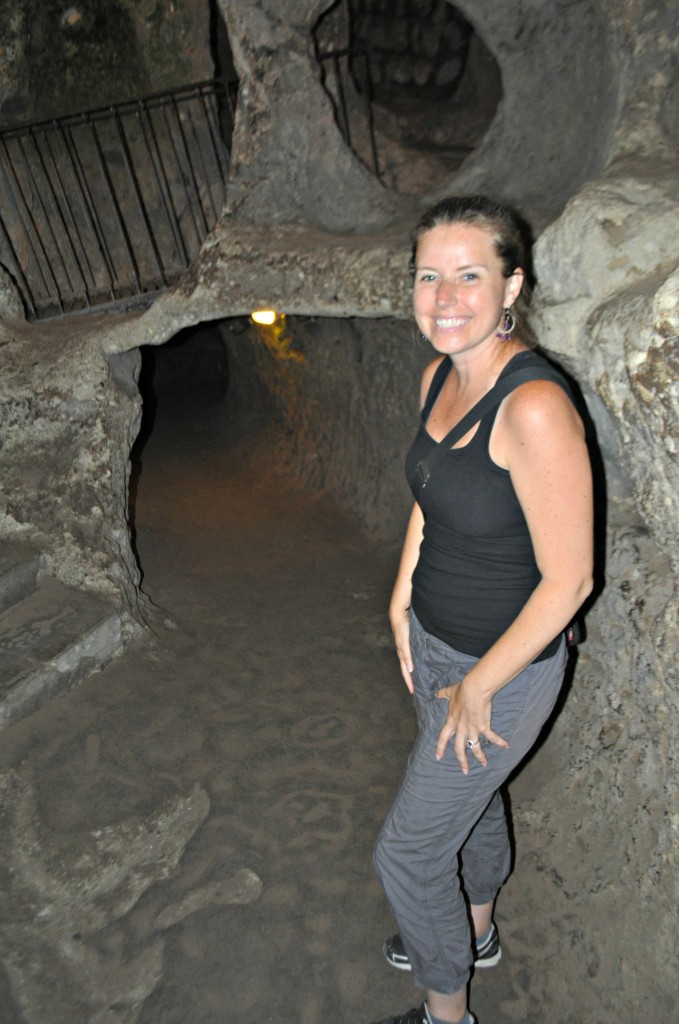 Jill and I wanted you to get a real idea of what climbing down the steps in Derinkuyu was like so we made sure to grab a video of it.

There is about 110 steps, in this one little section, and it was not too tight as we started going down.

However, as you watch the video, you will see that the builders made the hallway become much more closed in and much harder to navigate.

I’m guessing they did this to trick an intruder into thinking it there would be enough room to bring down their people, and their gear, for an attack.

However, as they climbed down the steps, they’d realize, too late, that there is not enough room to even turn around or maneuver at that point.

Essentially, they’d be stuck, easy to kill or capture, and the battle would be over before it even begins.

Also, since the inhabitants would memorize the tunnels and rooms, they would be able to sneak around, from a different location, and attack from behind.

Therefore, the attackers would be defeated easily and have no chance at victory.

The video is about 2 minutes long but it is worth watching it and imagining what it would be like trying to do this in the dark or with gear hundreds of years ago.