Day 558 OUT OF Beijing: The Last Supper (and breakfast). 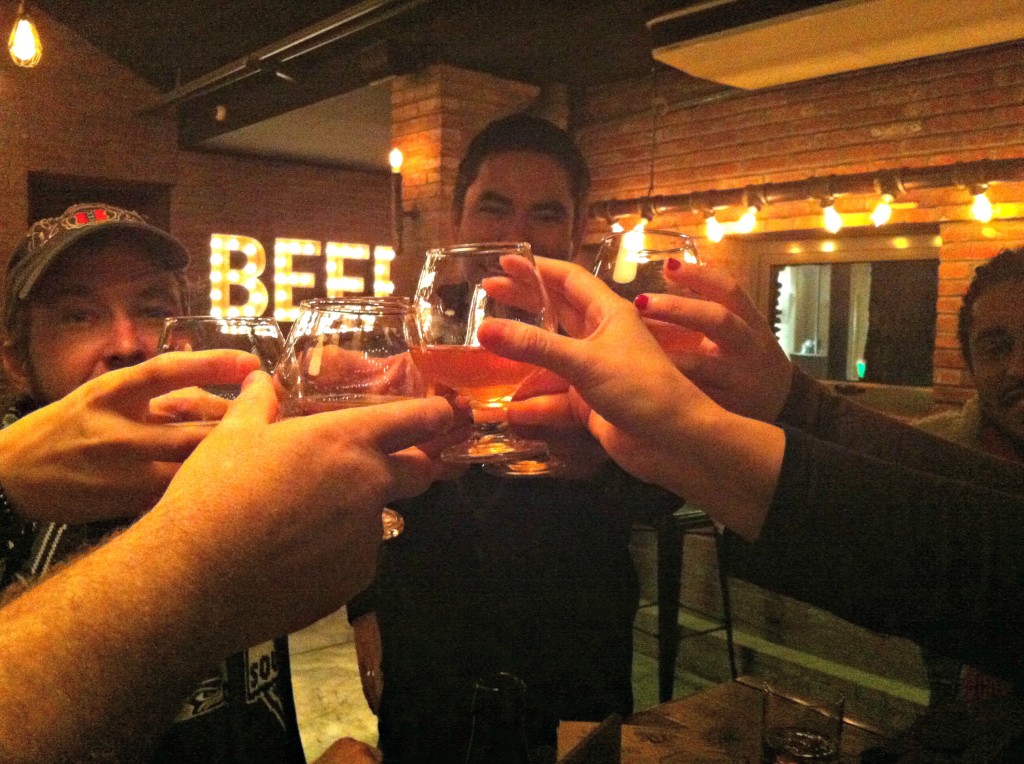 Austin, Alex and Patrick and the rest of us doing a final cheers at Jing A Taproom.

Jill and I made so many friends during our 1.5 years in China that it is still hard for us to fathom it.

We were really lucky to be around such amazing people and have such a fantastic support system.

Living in Beijing is really difficult and it can be quite overwhelming.

The company I worked for has one psychotherapy department and it is in Beijing.

That says it all for me and Jill.

We were able to have a few goodbye dinners, and parties, and I am grateful for everyone that came.

I’ve decided to post a few pictures of them and our friends.

FYI, I gained about 20 lbs in the 1.5 years were we there.  I believe this happened because we ate and drank, a lot, with a lot of friends.  We also chose not to join a gym because we didn’t want to deal with going through the pollution to workout and then have to deal with it again to get home.  I stopped running because, after a day or two of nice weather, we’d have horrible pollution and it would basically set me back to the beginning and I just gave up.  These were our choices, and we own that, but it was a very difficult place to live.  If not for our friends, both at work and outside of work, it would have been even tougher and I doubt we would have stayed as long as we did. 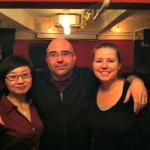 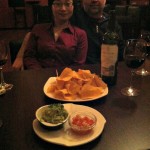 Amber and Martin with The Local’s fantastic chips and guacamole. Jill couldn’t get enough of it. 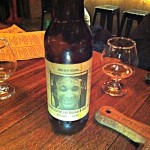 A bottle of Jing A Flying Fist IPA that Kris and Alex made for my birthday. After aging for 9 months, it tasted amazing! 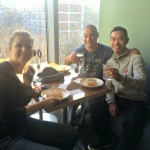 Jill, Kris, and me having breakfast on our last day. 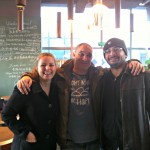 Jill, Gordon and me giving our goodbye hugs on the last morning.