Day 581 OUT OF Beijing: Being Carless. 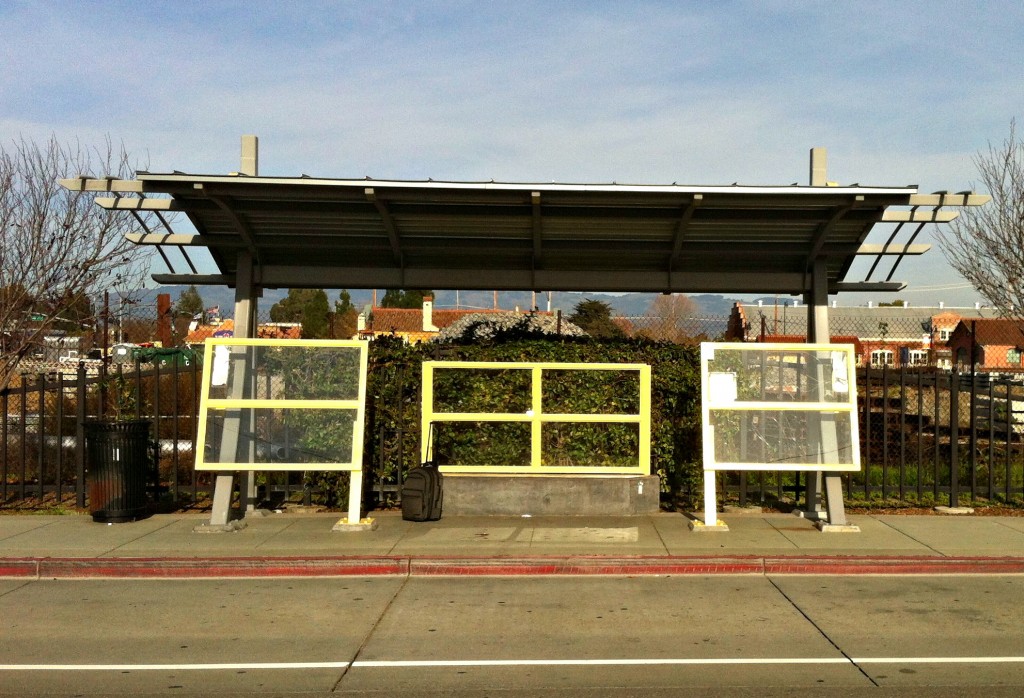 The bus stop in Petaluma.

Jill and I have made a conscious decision to be carless.

I had previously lived in Japan and was carless there and loved it.

I also was “primarily” carless when I lived in San Francisco because I used the bus and BART to see my clients instead of driving around and dealing with the parking and traffic woes.

My agency was nice enough to pay for my transit tickets each month in exchange for not having to reimburse me for my gas for my car.

We have also decided to remain carless and see how we can survive on our trips around the world.

It definitely slows things down, and makes us figure out plans more efficiently, which we like.

We also tend to walk more and spend more time doing what we really want to do and not just running around because it is easy.

It also allows us to save a load of money not having a car, repairs, insurance.

We also don’t have to worry about someone crashing into our car and dealing with traffic other than what we sit in when we ride a bus, train or subway.

Things are quite easy.

We do have to ask friends for help, once in a while, but they don’t seem to mind and we pitch in for gas.

I was just up in Tahoe and my friends drove me up and down as it was a group getaway.

I was dropped off in Petaluma, about 45 minutes north of San Francisco, and then waited for the 101 bus to San Francisco.

It took about 30 minutes longer than if I had been driving but I was able to sit in a comfortable seat, look out on the world, and just relax.

It also didn’t have wi fi so I spent my time just watching and resting.