Day 84 in Beijing: Streetsweeper Made for One. 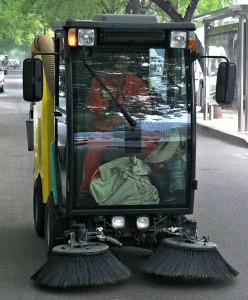 A seat made for one. 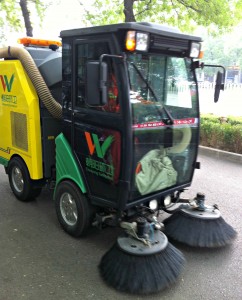 I wonder if there are size limits to employment?

Beijing is growing.  There are now massive 4 and 5 lane roads that encircle Beijing so that people can drive to their locations without blocking up the roads through neighborhoods.

There are still tiny streets that are barely large enough for a car to squeeze through.

Like the massive roads, they need to be cleaned and swept because of the garbage and debris that adds up in a city of 20-30 million people. 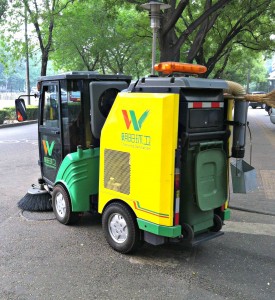 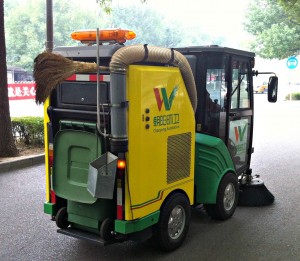 Keeping Beijing clean. One tiny street at a time.

If you have lived in a big city, you have probably seen the massive streetsweepers cleaning up.

I happen to prefer to miniature streetsweepers that are made for one.

They are just so cute and cuddly.  I want to take one home!