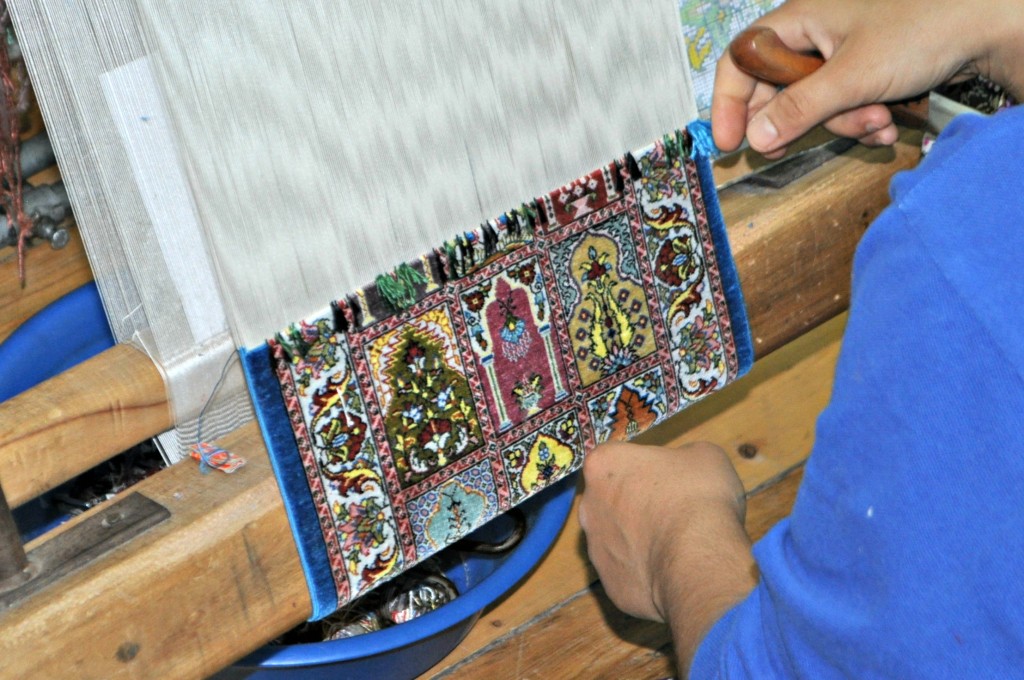 Jill, the tour group, and I head off to our next destination, a rug making co-op.

I grew up, as I’m part Armenian, with a lot of Armenian rugs around my house.

It was the one bit of that culture, other than dolma and pilaf, that my family brought with it from Armenia when they moved to the USA many years ago.

I love looking at them, and the intricacies of how they are woven, and was extremely excited to see people at work and making these beautiful pieces of art.

Each of us received our own tour guide, with the Colombians getting someone that spoke some Spanish and English, as that is what they spoke also, and the Dutch getting someone who spoke German.

Let me say this, the Turkish have the tourist industry down to an art.  They have so many guides, that speak so many languages, it is rather amazing.  They really know what they are doing and how to make people feel comfortable.

As an Armenian that is a lot to say when you consider the history between these two countries and the massacre that happened against the Armenian people back in the early 1900s.  I’m glad to say that when people asked where I’m from, and I told them Armenia, they were excited and stated that “We are brothers!”  It was great to hear that these old hatreds are disappearing and people are becoming more inclusive and caring.  I’m not sure about Eastern Turkey, where it is much more religious and provincial but Western Turkey is fairly open-minded at this point.

Our guide told us about the work these women do, and how difficult it is, and how it is a dying art.

The women are only allowed to work for 20 minutes at a time, and then take a 10 minute break, so that their hands, and eyes, won’t be injured.

They are also only allowed to work for 4 hours a day.  Many work from home since they have kids and other duties to do so they only come into the co-op to deliver their rugs or work in front of tourists.

According to our guide, many of these women retire at around 40 years old because of the stress and strain to their bodies from doing such repetitive and tedious work.

That is just another reason why this art is dying out and younger people aren’t interested in doing it anymore.

One of the bigger rugs (5 feet by 9 feet) could take about 9 months to make one if it is cotton.

If it is silk, however, it can take double that or almost 1.5 years.

The women get about 70% of the sale while the co-op gets 30% so it seemed like a pretty fair deal for them. 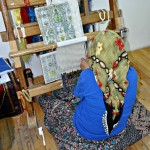 An artist working on a tiny silk rug. 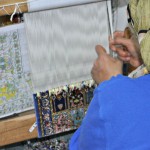 A close up of the silk rug. 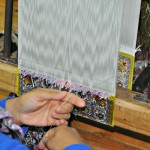 A close up of her hands on the silk rug. 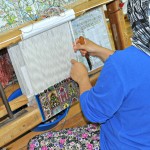 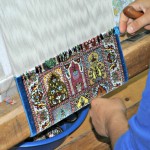 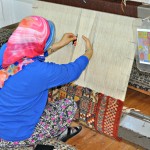 Working on a larger rug.