Day 593 OUT OF Beijing: Hidden Gems of SF Tourism Tips. 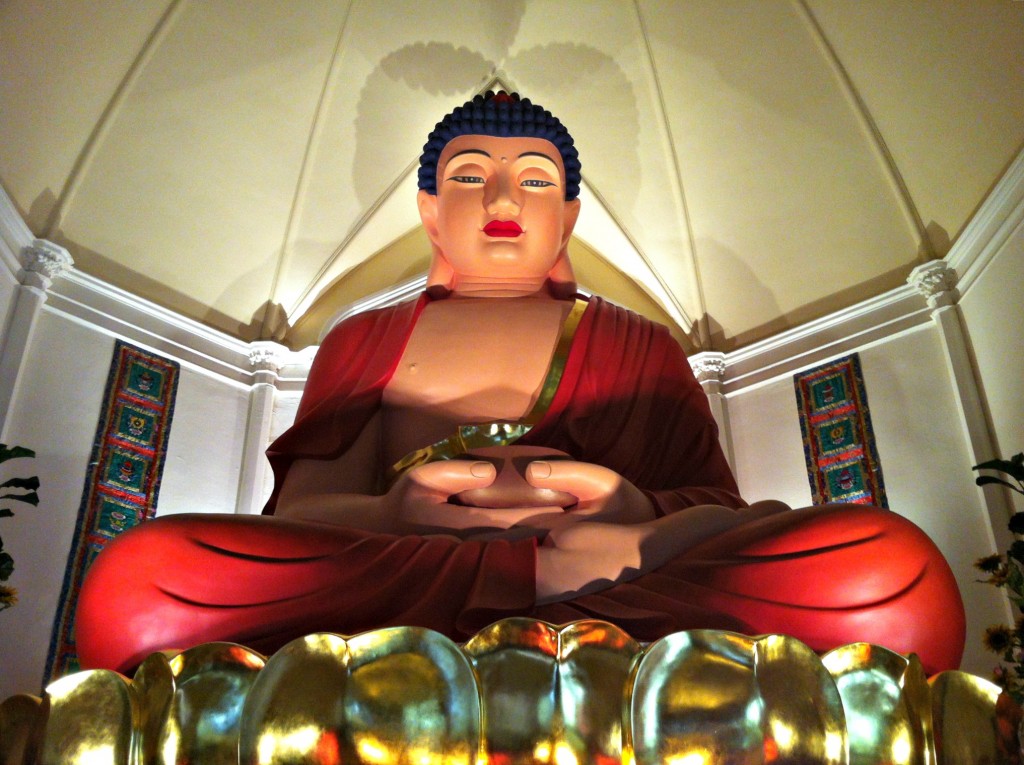 A close up of the Giant Buddha on the second level of the Hua Zang Si Buddhist Temple.

Jill’s site, SF Tourism Tips, is in a never ending process of being updated and improved.  Jill wanted to update her “Hidden Gems” page and so we decided to head into San Francisco for the day.

I really admire Jill’s trait of never being happy with “enough” and always wanting to better her site and the experience for the people that visit it and want to learn more about San Francisco and how to improve their trip to our lovely city.

We went into San Francisco, by Golden Gate Transit from Petaluma, and then walked around the rest of the day.  We did have to catch one bus ($2.25 USD) to the Columbarium in the Richmond District, but otherwise all our travel was on foot and for free.  Since we are car-less, we didn’t have to pay a toll to get into SF ($6 USD on the GG Bridge), parking ($2-3 USD per hour) or deal with worries about car crashes, gas, or tickets.  The cost to get into SF on Golden Gate transit was $10.75 per person.  A very good exchange for comfort, relaxation and 1.75 hours to either talk or check emails as we rode in on a very comfortable and clean bus. 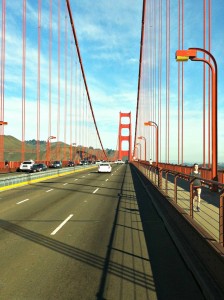 This is also part of our frugal living in that we want to see how realistic it is to live car-less and only use mass transit.  We actually really enjoy mass transit and we’ve met some wonderful people who are traveling around the world and living a upwardly mobile vagabond life like we are at the same time.  I also had a great conversation with a bus driver that will be retiring in one year and his hopes to do a ’round-the-world trip right after his job is over.  We talked about where to go, what to see, and I sent him some links on how to get great deals on flights and cruises.  I’m hoping we catch the same bus he drives, again, and we can see how he has progressed on his plans!

Our first stop was the Columbarium and it was magnificent.  It is one grave site in San Francisco that is taking interments and it is kept up beautifully.  Harvey Milk’s memorial is there as is Carlos Santana’s father’s ashes.  There are also many other people, and memorials, that are stunning and touching.  It sounds a bit strange to think of this as a place to visit and enjoy, but it is, and we actually were there during an interment and the family and friends were quite joyous and happy.  If you are interested in seeing it, make sure to call ahead and ask for Emmit to give you a tour.  He has been with the Columbarium for many, many years and knows stories and the history like no one else.  We will have a tour when we go back next time with him to learn more about this amazing structure and final resting place. 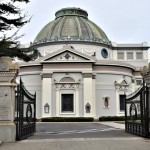 The entrance to the Columbarium. 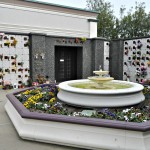 In the plaza of the Columbarium. 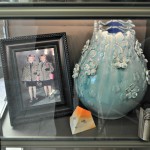 Not sure but this could be one of the Brown sisters of San Francisco. 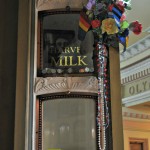 The memorial for Harvey Milk. His ashes are elsewhere for safety. 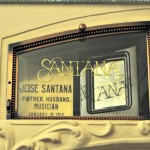 Carlos Santana’s father’s ashes are in the Columbarium. 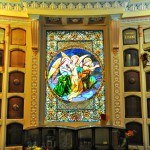 Just one of the many beautiful stained glass windows.

We walked over to Pizza Orgasmica and had their lunch special of salad, beer and a pizza for $10.50 each.  It was delicious and utterly filling.  I also was able to check in on one of my favorite apps, Untappd, and add the beers that Jill and I tried for lunch.  It is a fun social app and keeps track of how many beers you’ve had and gives badges for different categories. 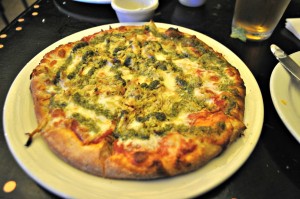 We then headed down to Hua Zang Si Buddhist Temple.  This is a Buddhist Temple in the middle of the Mission District.  That, alone, would make sure it is a hidden gem.  It was originally a Lutheran Church and later became a temple.  We were blown away by the two Buddhas, especially that massive one on the second level, and the friendliness of the monks that were at the temple that day.  Most of them didn’t speak a lot of English but they seemed so happy and content that words weren’t needed to express what they were feeling.  As we walked back outside into the Mission District, we saw this gorgeous mural of Carlos Santana.  The cultures are so different and yet they are side by side. 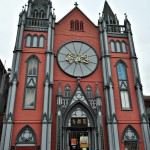 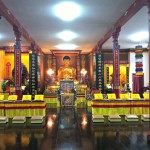 Inside the first floor of the temple. 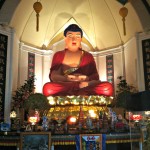 The Giant Buddha on the second level. 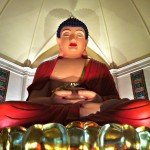 A close up of the Giant Buddha on the second level of the Hua Zang Si Buddhist Temple. 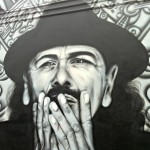 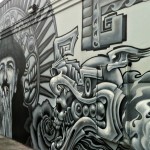 A wider angle shot of the Carlos Santana mural.

After the temple, we headed down to Southern Pacific Brewery in the SOMA district.  Again, this was all just walking around and seeing the sites so we could experience it as if we were tourists and make sure to give people a “true to life” impression of what they can expect as they cruise around the Streets of San Francisco.  By the way, where are Mike Douglas and Karl Malden when you need them? 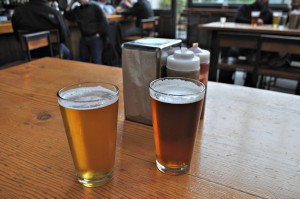 This brewery is only about 3 years old and it is inside a very cool tin roof hangar type building.  The beer is good and the food seems to be fairly priced.  We didn’t eat any food while we were there but had a great time talking to the bartender and just digging the atmosphere.  It will be added to a new page Jill is writing about all the different brewpubs in San Francisco.  Did you know there are over 15 at this point with 10 more scheduled to open during 2015?

By the way, this was also the same day we say the Austin Healey and the Tiny Tesla I’ve just posted about.  There is so much to do in San Francisco when you just walk and observe so check out SF Tourism Tips and find out all the newest information for all your San Francisco tips!