Day 620 OUT OF Beijing: Drilling Down to the Ground. 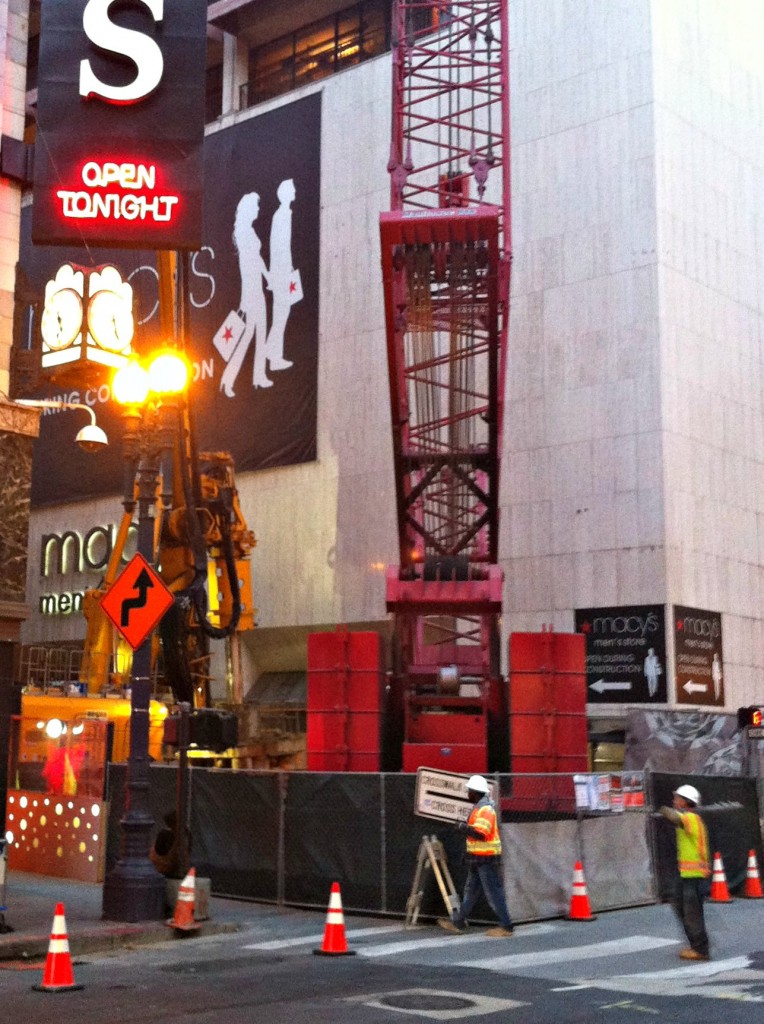 Jill and I were wandering around San Francisco and heard a lot of noise near Union Square.

Since we had been gone, and the new subway from Union Square to Chinatown hadn’t started being built yet, we had forgotten about it.

However, they have some serious machines, doing serious work, and making serious noise.

We could hear the drill from a few blocks away and decided to walk towards it and see what it looked like in person.

It was pretty massive.

We watched as the drill went deep into the ground, spun around, then was pulled out and the engineer dumped the soil and muck into a truck.

I stood there, mesmerized, and just happy as could be.

Anyway, I got a few pictures, and wish I had taken a video, because it isn’t often you see a major intersection in San Francisco ripped up and drilled down into the Earth below. 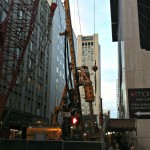 The drill still inside its yellow chamber. 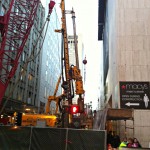 The drill being readied to enter the Earth. 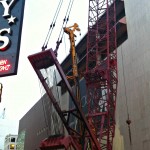 It is a massive machine. 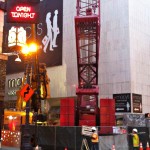