Day 73 in Beijing: Beer or Soapy Water? You Decide!

Notice I didn’t say inexpensive because it is not.  It is cheap.

Inexpensive means you get a great deal on something that is worth a lot more than you paid for it.

Cheap means that it isn’t really worth a lot of money.

And that is why beer here is cheap.

I decided to do a little taste test of these beers. 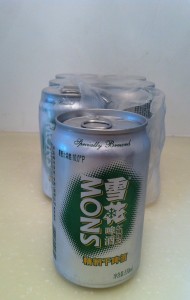 Snow beer. Up close and personal. 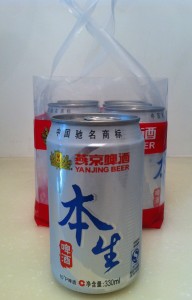 Yanjing beer. Up close and personal.

With a name like SNOW, I was hoping it would be clean,

It was clean and clear, however, it tasted more like soapy water.

Mind you, that is the finest Beijing soapy water available.

It was clean, clear and tasted like beer flavored water.

Then again, the bar was set pretty low.  Pun intended. 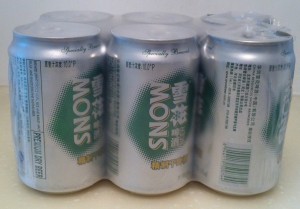 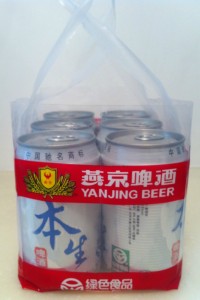 Neither of which do I drink in America since I like more full bodied beers and try to stay with the local breweries. 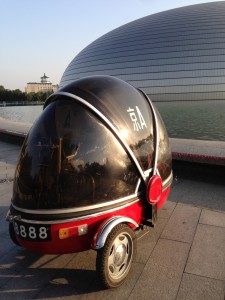 The Jing A beers are tasty, full flavored and hand made at the brew pub.

The owners and brewmasters, Alex and Kris, are wonderful dudes.  Their beer is about 35 RMB, or 5 bucks American, and worth every penny.

They also are served in one of my favorite restaurants, The Big Smoke, which I’ve posted about in Day 57 in Beijing: Jill Arrived Today.

By the way, they have a Jing A Keg Egg that will hit the streets of Beijing on August 17th.

One Response to Day 73 in Beijing: Beer or Soapy Water? You Decide!